Addressing the conference, Hon. Foreign Minister stated that Nepal is in favour of peace, security and abidance of international laws in relation to the use of seas. He emphasized the need of an architecture based on inclusiveness, partnership and collaboration among all countries and utilization of resources and sharing of the benefits by all states, including landlocked countries like Nepal.

He also expressed the view that since Nepal’s international trade passes through the Indian Ocean, Nepal is concerned about the various non-traditional security threats, such as piracy, illicit trafficking of drugs and weapons, human trafficking, and called for collective actions for addressing these threats in an effective manner.

Hon. Foreign Minister stated that with a view to connecting Nepal’s mountains with the Indian Ocean, the Government of Nepal has laid emphasis on establishing seamless connectivity in air, roads and waterways, aiming at facilitating trade, transit and movement of peoples. He shared Nepal’s plan of developing inland waterways in its big rivers in cooperation with India and bringing into operation its own commercial ships in international waters.

He drew the attention of the conference to the grave threats posed by climate change to mountainous countries and island nations, mentioning that Nepal is bearing the brunt of the adverse impacts of climate change without being the cause for it. In view of the ecological interdependence between the Himalayas and the Indian ocean, he emphasized the need of preserving the ecological balance in the Himalayas by addressing the adverse effects of climate change. He appealed for meaningful collaboration between mountainous, coastal and island nations to address the climate crisis. He also invited the dignitaries attending the conference to participate in the Sagarmatha Sambad in Nepal.

The conference has been organized by India Foundation, the Government of the Maldives, Foreign Service Institute of the Maldives, and S. Rajaratnam School of International Studies of Singapore. Heads of State and Government, Foreign Ministers, other Ministers, parliamentarians, ambassadors, experts and scholars from forty countries have been taking part in it.

In the afternoon, Hon. Foreign Minister paid a call on the President of the Republic of the Maldives His Excellency Ibrahim Mohamed Solih. During the call on, they discussed various matters of mutual interest, including taking bilateral relations to a new height, promotion of tourism of both countries, employment for Nepali nationals in the Maldives, common efforts for addressing the adverse impacts of climate change, and cooperation in regional and global fora for common interest.The President of the Maldives asked Hon. Foreign Minister to convey his regards and best wishes to the Rt. Hon. President of Nepal. 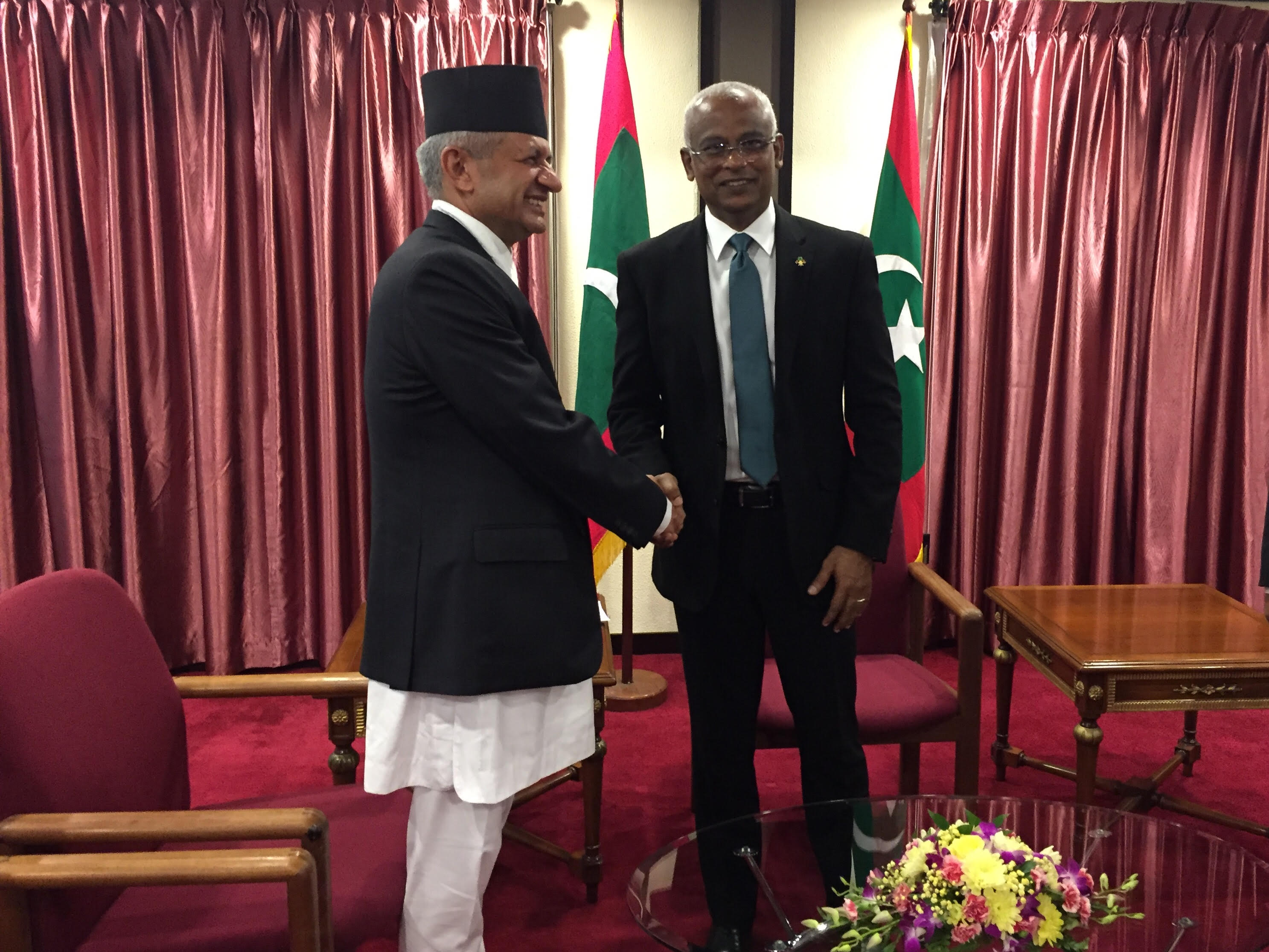