Minister for Foreign Affairs Hon. Mr. Pradeep Kumar Gyawali addressed the session on ‘Climate Change: The Next Financial Crisis?’ organized this morning during the 13th World Economic Forum (WEF) Annual Meeting of the New Champions being held in Dalian, People’s Republic of China.

In his remarks, the Hon. Minister underscored the need for an enhanced level of international cooperation in tackling the adverse impacts of climate change. He highlighted the important contributions of Nepal’s mountains, rivers and forests in maintaining the ecological system, and said that Nepal’s carbon emission is negligible but the ‘brunt’ we have been bearing is disproportionate. ‘It is in this light that climate justice must be promoted and that access to technology must be made easy and affordable’, he said.

In the afternoon, Hon. Minister Gyawali participated, as a panelist, in the session on ‘Geopolitical Shifts’. While referring to rising geopolitical complexities and uncertainties, he underscored the need for promoting greater mutual trust and understanding among nations, as well as deeper levels of co-operation and collaborative efforts, for ensuring sustainable world peace. He  stated that as problems confronting the world are increasingly broader and deeper both in their scope and magnitude, a rules-based international order – not ‘deals-based relations’ was crucial in sustaining and nurturing global peace, harmony and co-operation.

On the margins of the Annual Meeting, Hon. Mr. Gyawali held a meeting with WEF President Mr. Borge Brende. Ways to enhance further cooperation between Nepal and World Economic Forum, especially in the areas of research and capacity building, were discussed in the meeting.

In all his engagements, Hon. Mr. Pradeep Kumar Gyawali was accompanied by Ambassador Leela Mani Paudyal and officials from the Ministry of Foreign Affairs. 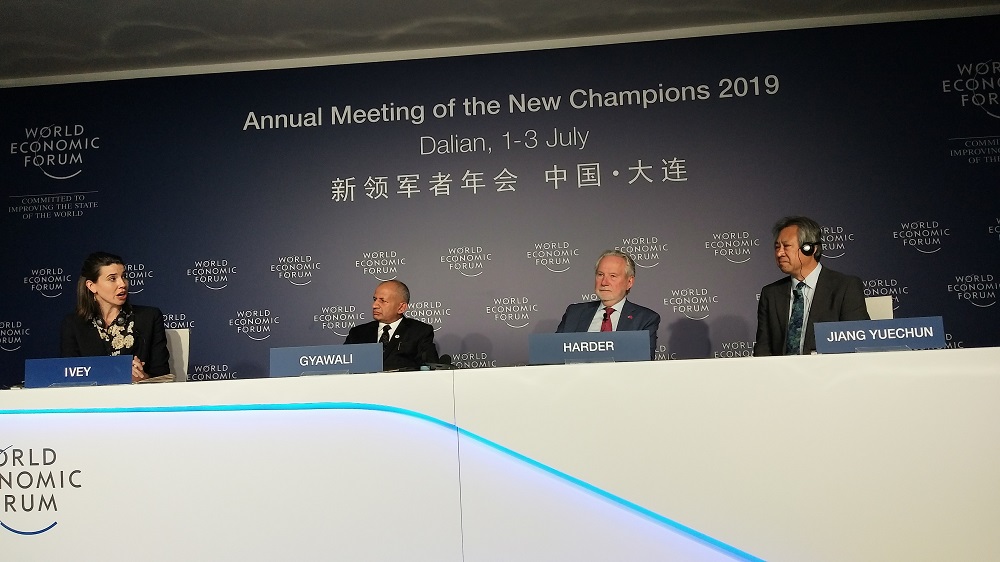