The Prime Minister of Nepal Rt. Hon. KP Sharma Oli held delegation-level talks with H.E. Li Keqiang, Premier of the State Council of the People’s Republic of China at the Great Hall of the People this afternoon.

The two sides reviewed the entire gamut of bilateral relations during the talks. Both sides agreed to enhance bilateral co-operation in connectivity, trade, tourism and investment, including through the implementation of the MoU on Co-operation under the Belt and Road Initiative, among others.

Expressing happiness over the signing of the MoU on Co-operation for Railway Connectivity, both sides agreed to intensify co-operation on cross-border railway connectivity.

The two sides agreed to implement the agreements and understandings reached in the past, including the early finalization of the Protocol to the Agreement on Transit Transport.

Following the bilateral talks, Prime Minister Oli and Premier Li witnessed the signing of a total of 14 bilateral agreements/MoUs/LoEs, including MOU on Energy Co-operation; MOU on Investment and Co-operation on Production Capacity;MOU on Strengthening Co-operationbetween the two Foreign Ministries; MOU on the Establishment of Mechanism for Facilitation on the Implementation of Nepal-China Co-operation Programmes and Projects in Nepal between the two Foreign Ministries;Agreement on Economic and Technical Co-operation;Agreements on the Reconstruction of Friendship Bridge and Rasuwa Bridge; Protocol on the Utilization of  Highways in Tibet Autonomous Region, China by Nepal for Cargo Transport; and MOU on Human Resource Development Co-operation.

Prior to the talks, the Prime Minister was accorded a ceremonial welcome amid a special ceremony held at the Great Hall of the People.

In the evening, Premier Li hosted a welcome banquet in honour of the Prime Minister and his delegation.

Earlier in the afternoon, the Prime Minister met with H.E. Li Zhanshu, Chairman of the Standing Committee of the National People’s Congress at the Great Hall of the People. The two leaders expressed satisfaction over the excellent bilateral relations subsisting between the two countries and laid emphasis on the exchange of high-level visits between the Federal Parliament of Nepal and the National People’s Congress of China.

In the morning, the Prime Minister inaugurated ‘Nepal-China Friendship Run’ hosted jointly by the Embassy of Nepal, the State General Administration of Sports and the Beijing Sports University for strengthening people-to-people ties between the two countries. Around 200 Nepali and Chinese students took part in the friendly run.

Also today, the Prime Minister delivered a keynote speech in an interactive workshop on the theme of ‘The Role of Political Party in Prosperity’ at the Central Party School of the Chinese Communist Party, China Academy of Governance, and interacted with scholars and experts.

The Prime Minister is scheduled to leave for Lhasa tomorrow morning. 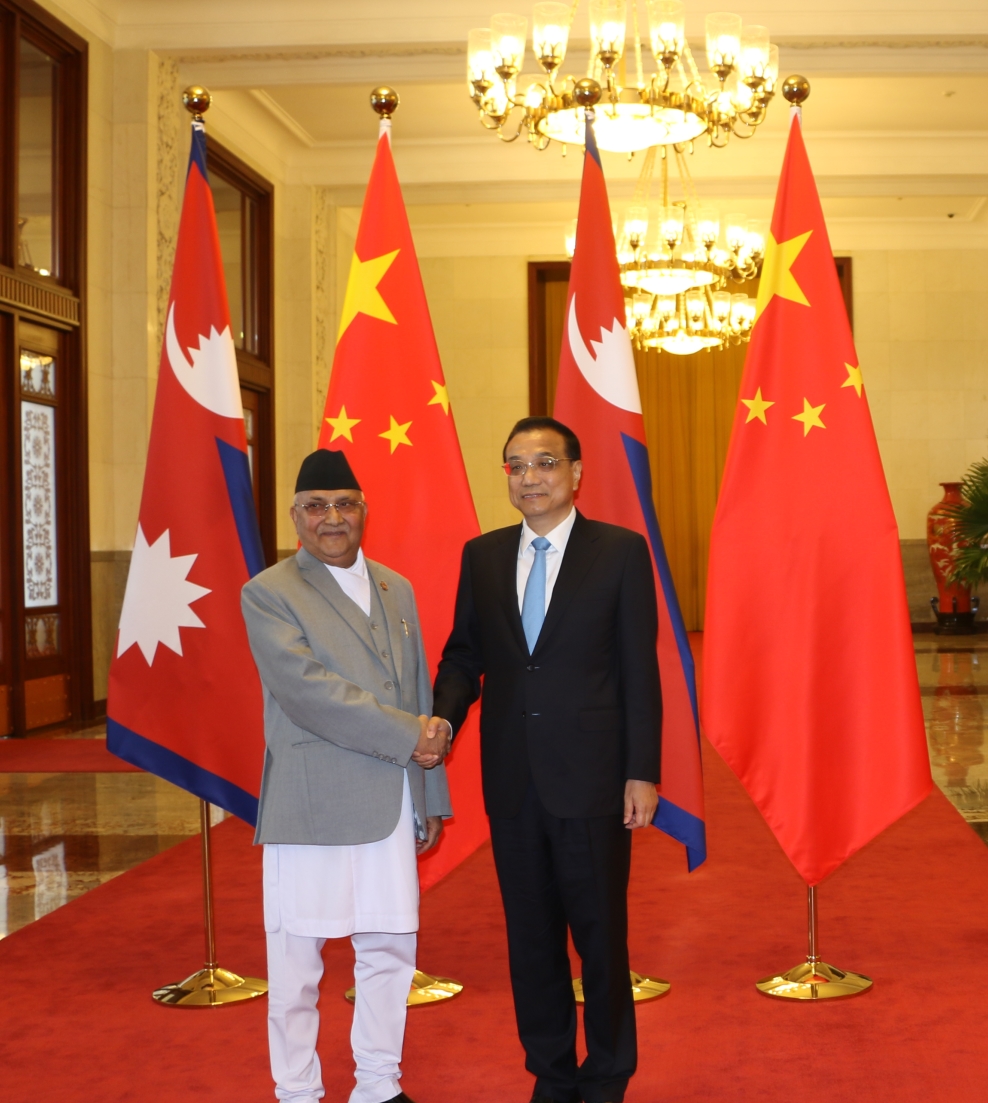 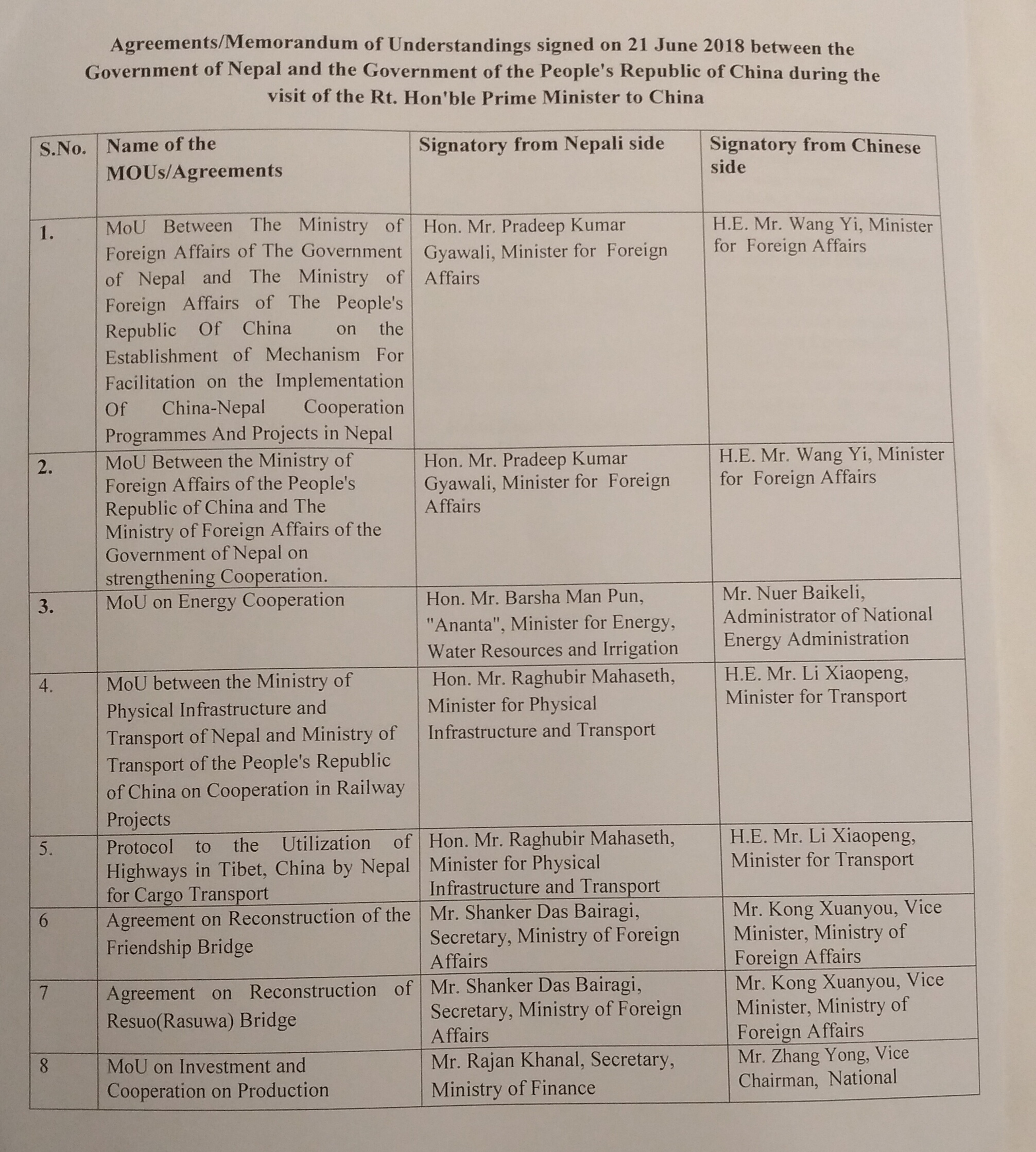 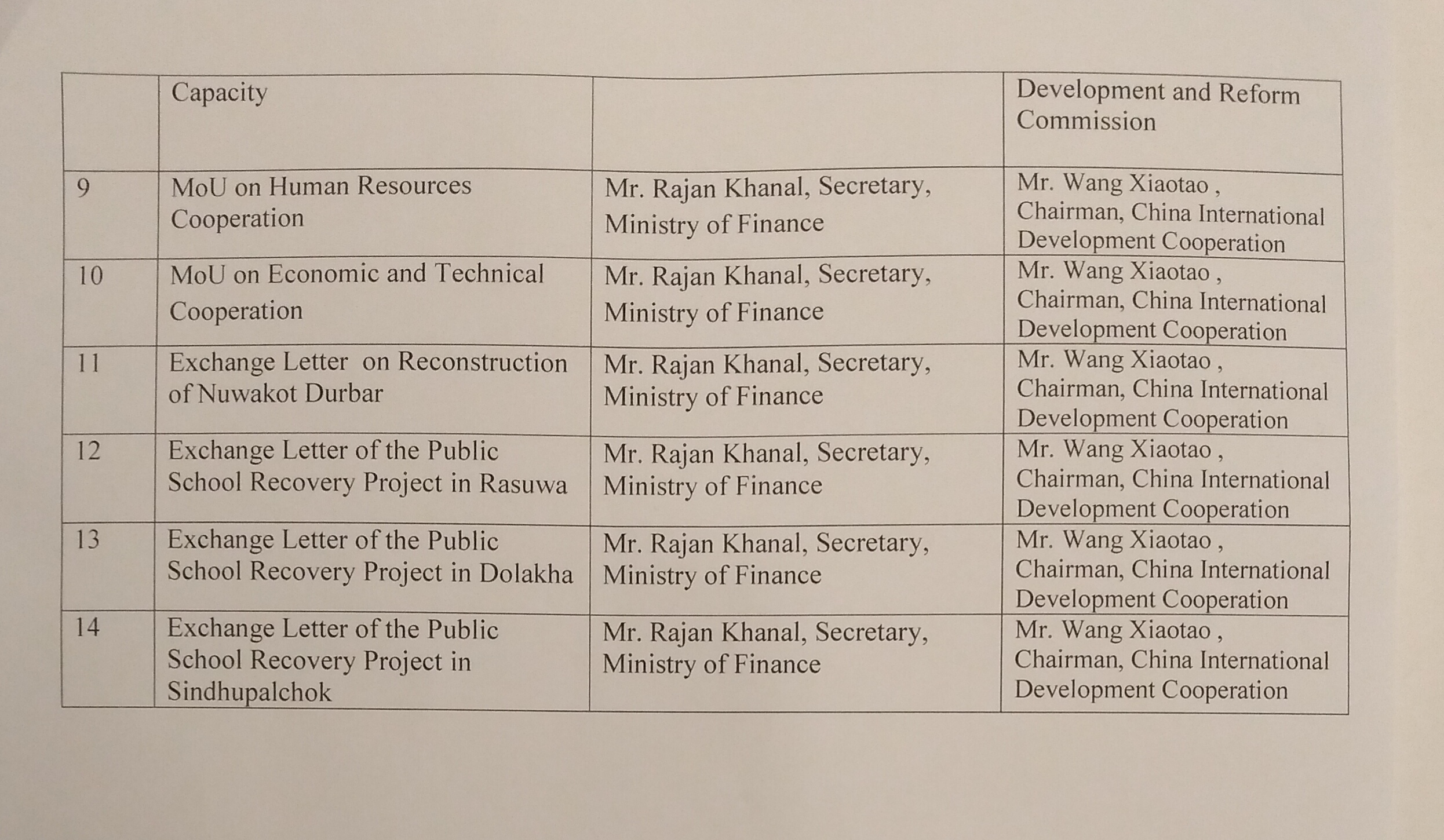