His Excellency Borut Pahor stressed the need to intensify interactions between the officials and the leaders of the two countries to further build up upon the excellent state of bilateral relations the two countries are enjoying. He also asked the Nepali Ambassador to convey his personal greetings to the Rt. Hon’ble President of Nepal and the Rt. Hon’ble Prime Minister of Nepal.

During the ceremony, His Excellency Mr. Suvedi was accompanied by his spouse Mrs. Susan Suvedi as well as by Mr. Aswin Kumar Shrestha, the Honorary Consul General of Nepal in Ljubljana.

His Excellency Mr. Prakash Kumar Suvedi is the Ambassador and Permanent Representative of Nepal to the United Nations and International Organizations in residence in Vienna, Austria and is concurrently accredited to the Republic of Slovenia. 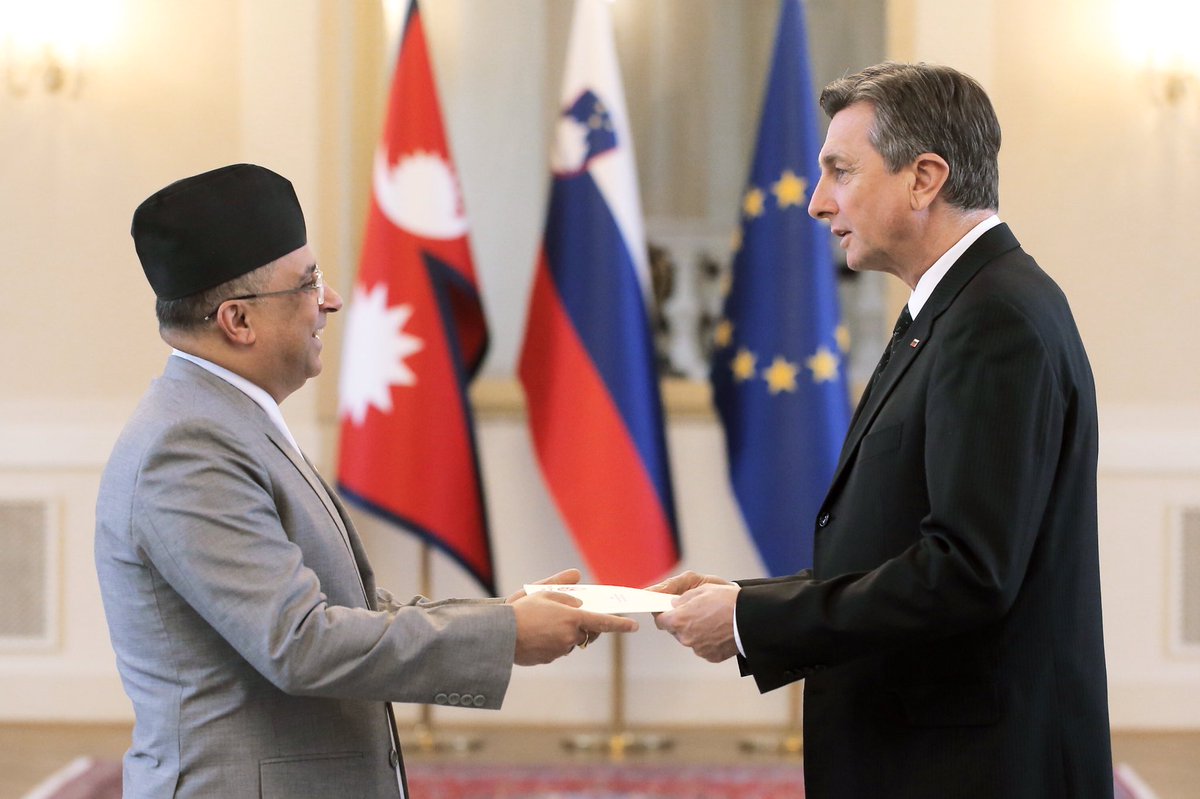