His Excellency Mr. Bharat Bahadur Rayamajhi, Ambassador of Nepal to the Kingdom of Spain, presented his Letters of Credence to His Majesty the King Felipe VI, amidst a special ceremony held at the Royal Palace in Madrid on 5 April 2018.

A brief courtesy audience of half an hour with the King was arranged immediately after the presentation. On the occasion, Ambassador Rayamajhi conveyed the greetings and best wishes from Right Honourable Ms. Bidhya Devi Bhandari, President of Nepal to the King Felipe VI for his personal health, happiness as well as for the continued peace, progress and prosperity of the government and people of the Kingdom of Spain.

King Felipe VI welcomed H.E. Mr. Rayamajhi as the Ambassador Extraordinary and Plenipotentiary of Nepal to the Kingdom of Spain and expressed happiness to have Nepali embassy in Madrid, Spain. Then, His Majesty the King raised his concerned about the economic development of Nepal, reconstruction state after earthquake and present political system.

The Nepali Ambassador highlighted the present stable political situation after successful conduction of three different layers of elections, Government’s focus on economic development and the remarkable progress in reconstruction in the earthquake affected areas. The Ambassador also revised bilateral relations since 1968 and requested to have Bilateral Consultation Mechanism to make progress in the economic areas of cooperation of the both countries. He also suggested to establish a Spanish diplomatic mission in Kathmandu at the earliest to facilitate visit of Nepali people to Spain.

During the ceremony and audience Senior lady officer from the Ministry of Foreign Affairs and Cooperation was also present.
Third Secretary of the Embassy Mr. Bhoj Kumar Bhattarai also attended the ceremony. 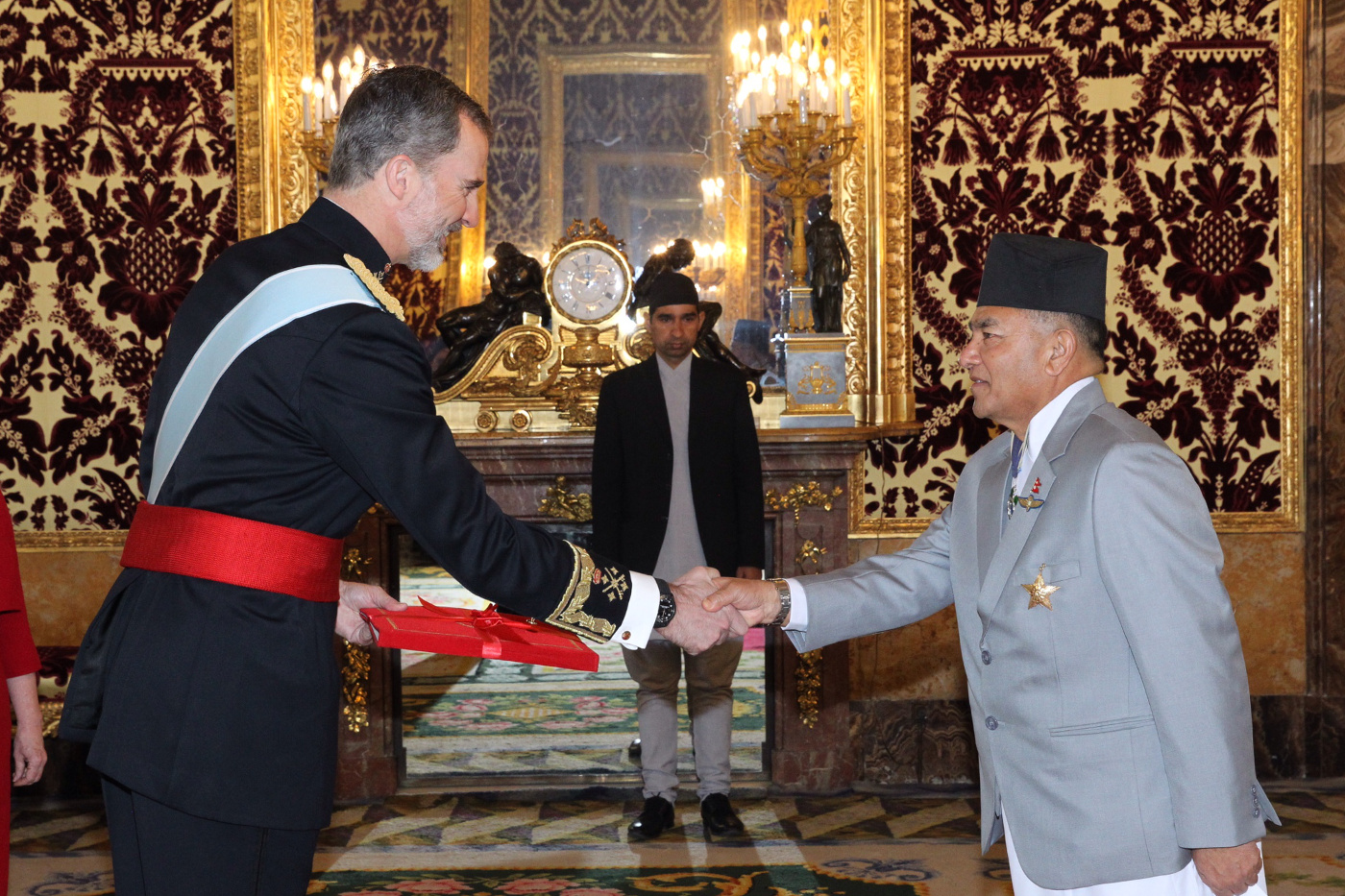