Minister for Foreign Affairs Hon. Mr. Pradeep Kumar Gyawali had a meeting with Secretary-General of the United Nations H.E. Mr. Antonio Guterres at the latter’s office in New York this morning.

During the meeting, views to further strengthen cooperation between Nepal and the UN were exchanged. Hon. Mr. Gyawali appreciated the Secretary-General’s reform agenda and reiterated Nepal’s commitment to working together with the UN in the areas of peace, development and prosperity. He extended to the Secretary-General a formal invitation by Prime Minster Rt. Hon. K P Sharma Oli to participate in the first episode of the Sagarmatha Sambaad to be held in Kathmandu around the theme of climate change in April next year.

The Secretary-General commended Nepal for its contributions to the UN peace operations as a troops and police contributing country. He further stated that the UN would continue to support Nepal’s development efforts and the process of institution building.

Hon. Mr. Gyawali interacted with the representatives of Non-Resident Nepalese Association in the evening. He underlined the role of NRNs in Nepal’s socio-economic development and urged them to contribute in all possible ways to the country’s goal of development and prosperity.

Upon completion of the visit, the Foreign Minister and his delegation are scheduled to leave for Kathmandu tomorrow morning. 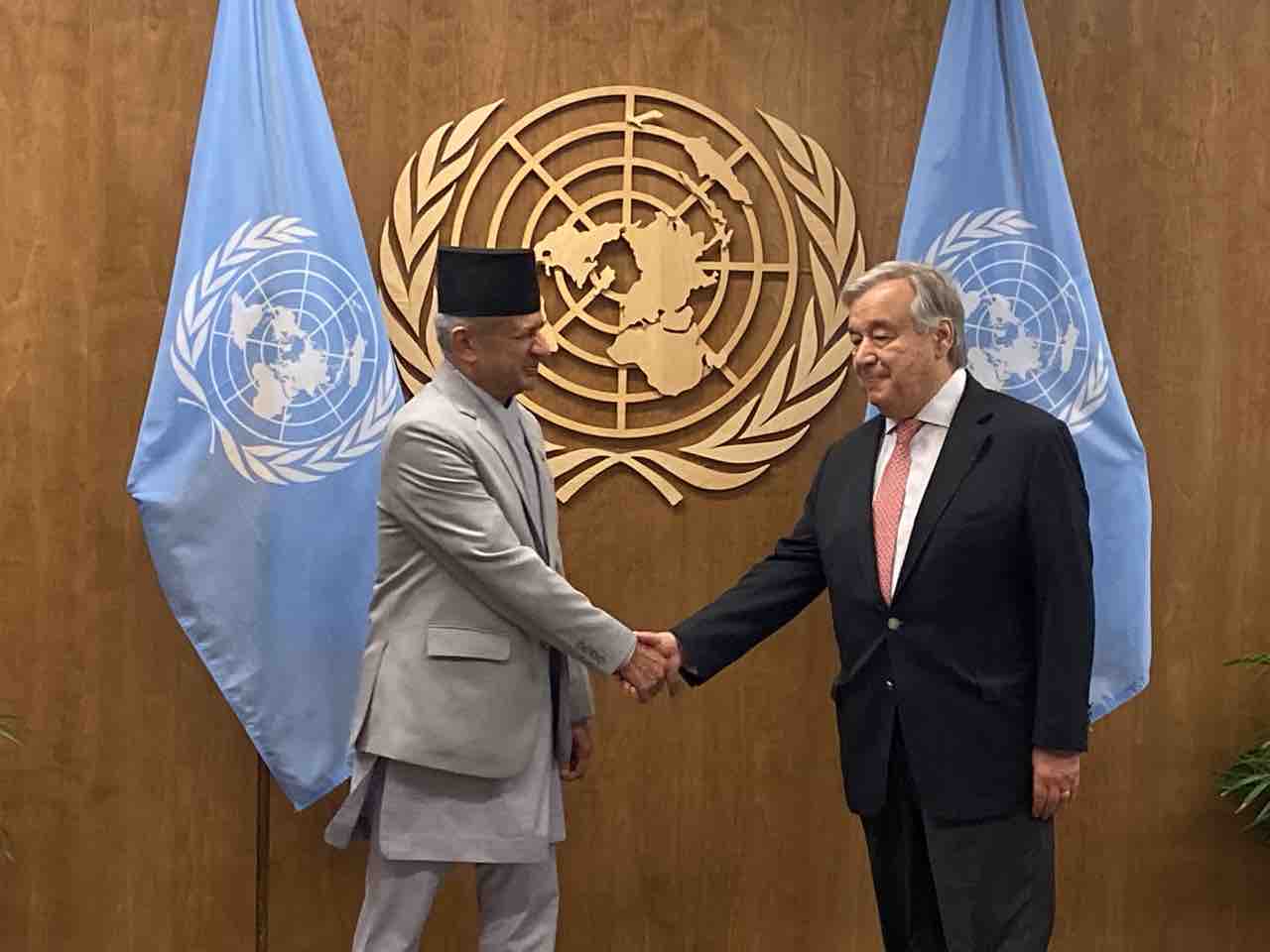