Nepal and Suriname established formal diplomatic relations today. With the signing of a Joint Communiqué to this effect this morning, the two sides have agreed to further strengthen the friendship and cooperation at the bilateral level as well as in multilateral forums. The two countries have been working closely at the United Nations and other intergovernmental processes, including the Non-aligned Movement and the Group of 77.

On the occasion, the two acting heads of the mission discussed the matters of mutual interests, including the potential areas for cooperation and issues of global concerns. Chargé d’Affaires a.i. Mr. Kafle conveyed the greetings and felicitations of the Rt. Hon. President; the Rt. Hon. Prime Minister and the Hon. Foreign Minister to the Head of the State; the Head of the Government; and the Foreign Minister of Suriname respectively, which Chargé d’Affaires a.i. Mrs. Sweeb reciprocated.

Suriname, a unicameral presidential republic, lies in the northern South America, bordering the North Atlantic Ocean, between French Guiana and Guyana. Following its independence (from the Netherlands) in 1975, Suriname became the member of the United Nations in the same year.

Suriname is a multicultural society comprising Creoles (persons with African and European heritage) and the descendants of Africans, Indian and Indonesians. Suriname has a GDP of about USD 8.5 (PPP) with the mining industry accounting for over 85% of exports. Its per capita income is estimated at 14,600 US dollar (PPP) in 2017.

The number of countries with which Nepal maintains diplomatic ties has now reached 163. 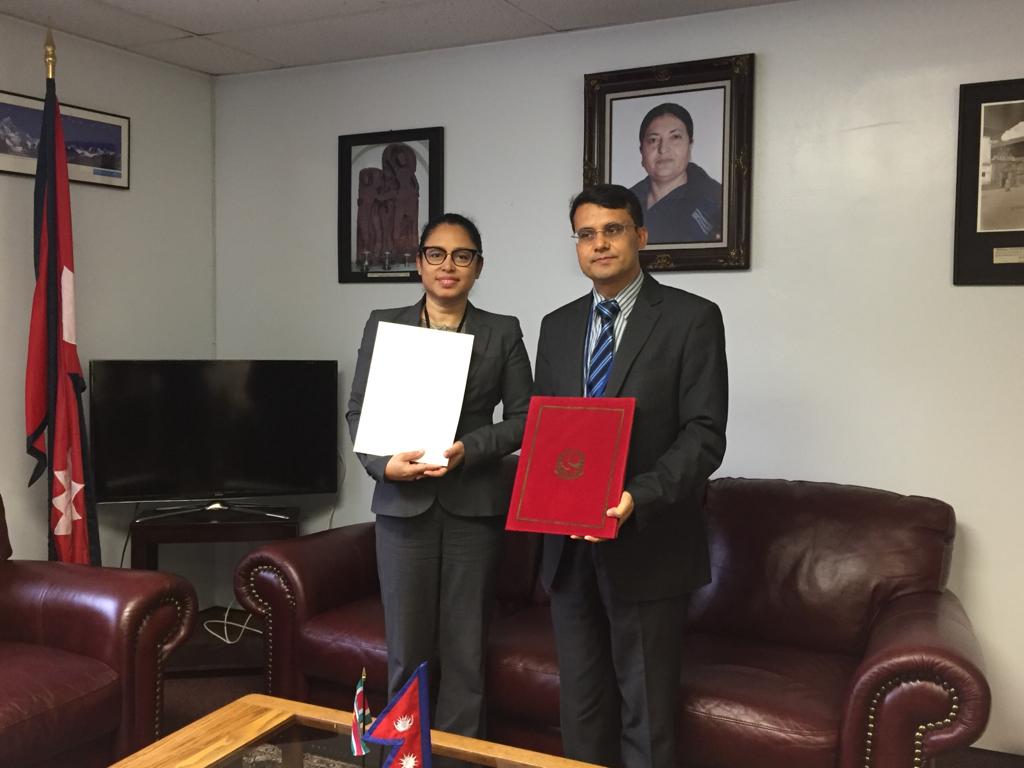