They also signed today a joint letter informing the United Nations Secretary-General, His Excellency Antonio Guterres, about this development.

On the occasion, the two Ambassadors noted that it was a historic day towards bringing the two countries closer bilaterally and also exchanged views on various measures to deepen and expand the scope of mutual cooperation in the future. The two countries are already working closely at the United Nations and other multilateral forums.

Equatorial Guinea is on the west coast of Central Africa near both the equator and the Gulf of Guinea. The country consists of a mainland territory, Río Muni, which is bordered by Cameroon to the north and Gabon to the east and south.

Equatorial Guinea has over 1.2 million people in an area of about 28000 square kilometers, with Malabo as its capital. With phenomenal advances in its economy and governance in the past few years, with per capita income over $10, 000, the country graduated from LDC status in 2017 by fulfilling income-only criterion.

With the efforts of the Government of Nepal to make the country’s bilateral diplomatic relations as universal as possible, the number of countries having direct diplomatic ties with Nepal has now reached 165. 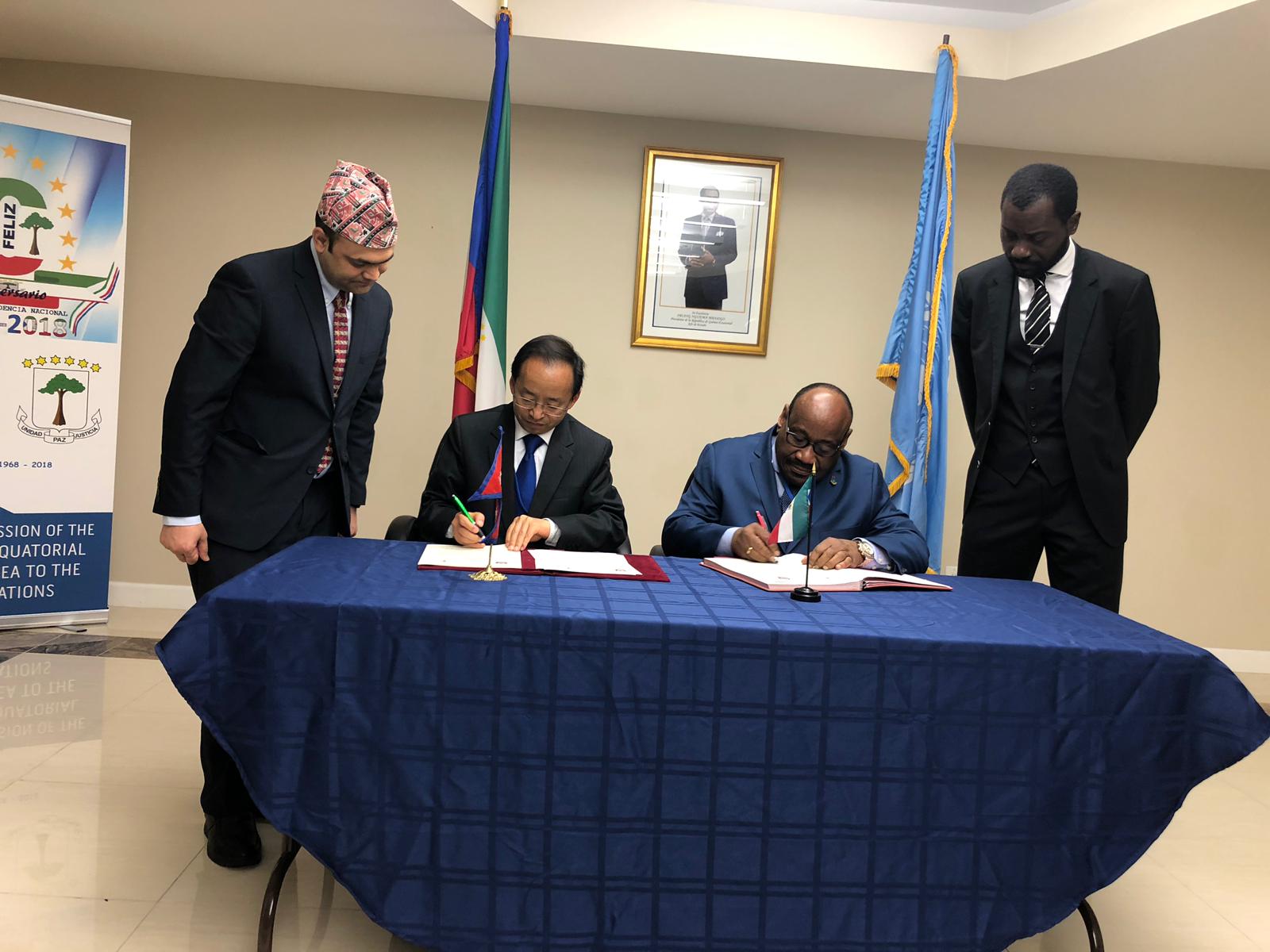