Nepal-Japan Bilateral Consultation Meeting between the

Ministries of Foreign Affairs of Nepal and Japan 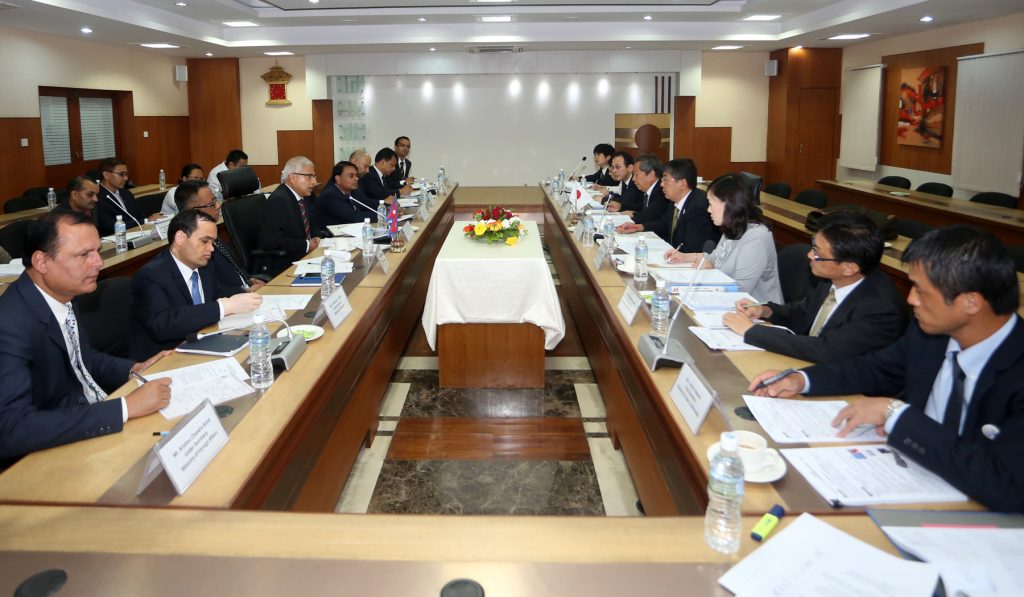 Nepal and Japan held bilateral consultation meeting between the Ministries of Foreign Affairs of the Government of Nepal and Japan this morning in Kathmandu.

During the meeting, both sides discussed the issues of mutual interests and common concerns on Nepal-Japan relations and reviewed matters of bilateral cooperation such as Japanese cooperation in the overall socio-economic development of Nepal, focused cooperation on post disaster reconstruction and rebuilding and celebration of the 60th anniversary of the establishment of the diplomatic relations and promoting mutual cooperation at regional and global levels, among others.

The Japanese side expressed its readiness to continue extending cooperation to Nepal in her socio-economic developments by supporting development priorities and paths taken by the Government of Nepal. Nepalese side appreciated the willingness of Japan to assist Nepal in its efforts towards creating a prosperous society.