On the occasion, the two Ambassadors expressed their confidence that the formal diplomatic relations will prove instrumental in bringing the two countries and peoples closer at the bilateral and multilateral forums. They also discussed measures to further deepen and expand the relations.

A small island country in the Caribbean Sea, with its capital at Castries, Saint Lucia covers a land area of 617 sq. km and has an estimated population of 1,70,000. Tourism is a major contributing sector of the economy which accounts for about 65% of the total GDP. Many tourists visit the island country because of its volcanic origin and its location in the path of the northeastern trade winds and warm tropical maritime climate. Chief exports are bananas, cardboard cartons, clothing, coconut products and electronic goods.

Saint Lucia became member of the United Nations on 18 September 1979 following its independence from Great Britain.
Both Nepal and Saint Lucia are members of the Group of 77 and the Non-Aligned Movement.

With this development, the number of countries with which Nepal has established diplomatic relations now reached 167. 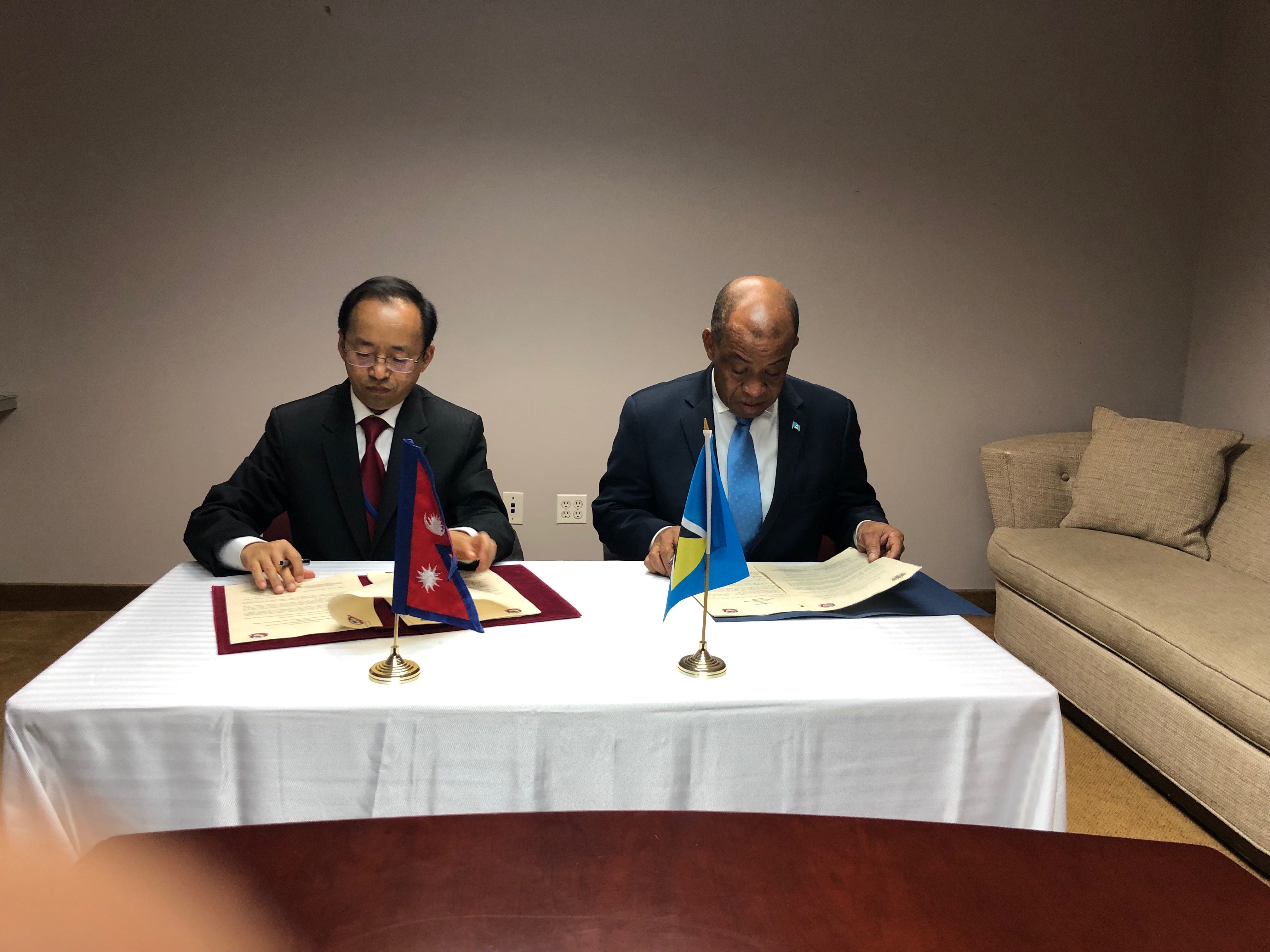 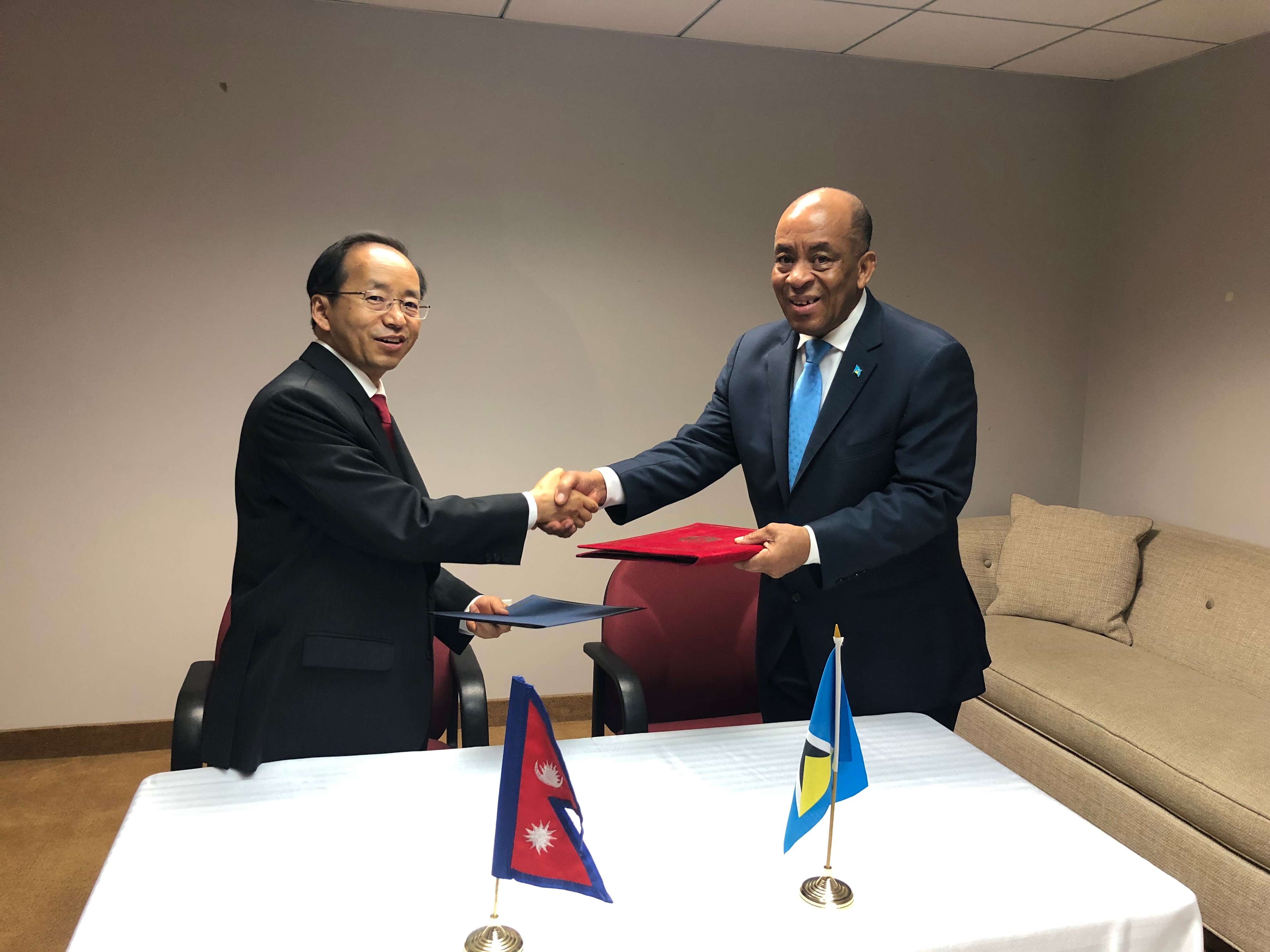