On the occasion, the two Ambassadors explored possible areas of cooperation at bilateral and multilateral levels, including climate change and natural disasters as well as tourism cooperation. They also resolved to continue working together at the United Nations in pursuit of peace, development and common prosperity ahead.

The Commonwealth of The Bahamas consists of more than 700 islands, cays, and islets in the Atlantic Ocean, and is located north of Cuba and Hispaniola (Haiti and the Dominican Republic), northwest of the Turks and Caicos Islands, southeast of the US state of Florida, and east of the Florida Keys.

The Bahamas relies on tourism to generate most of its economic activity. Tourism as an industry not only accounts for over 60% of the Bahamian GDP, but provides jobs for more than half the country’s workforce. Per capita income of The Bahamas is around US$ 25000. The Bahamas was one of the countries hit by the Hurricane Irma in October 2017.

The Bahamas joined the United Nations on 18 September 1973 following its independence from the United Kingdom on 10 July 1973.

Both Nepal and The Bahamas are members of the Non-Aligned Movement and the Group of 77. The Bahamas is a member of the Caribbean Community (CARICOM).

The number of countries with which Nepal has established diplomatic relations has now reached 153. 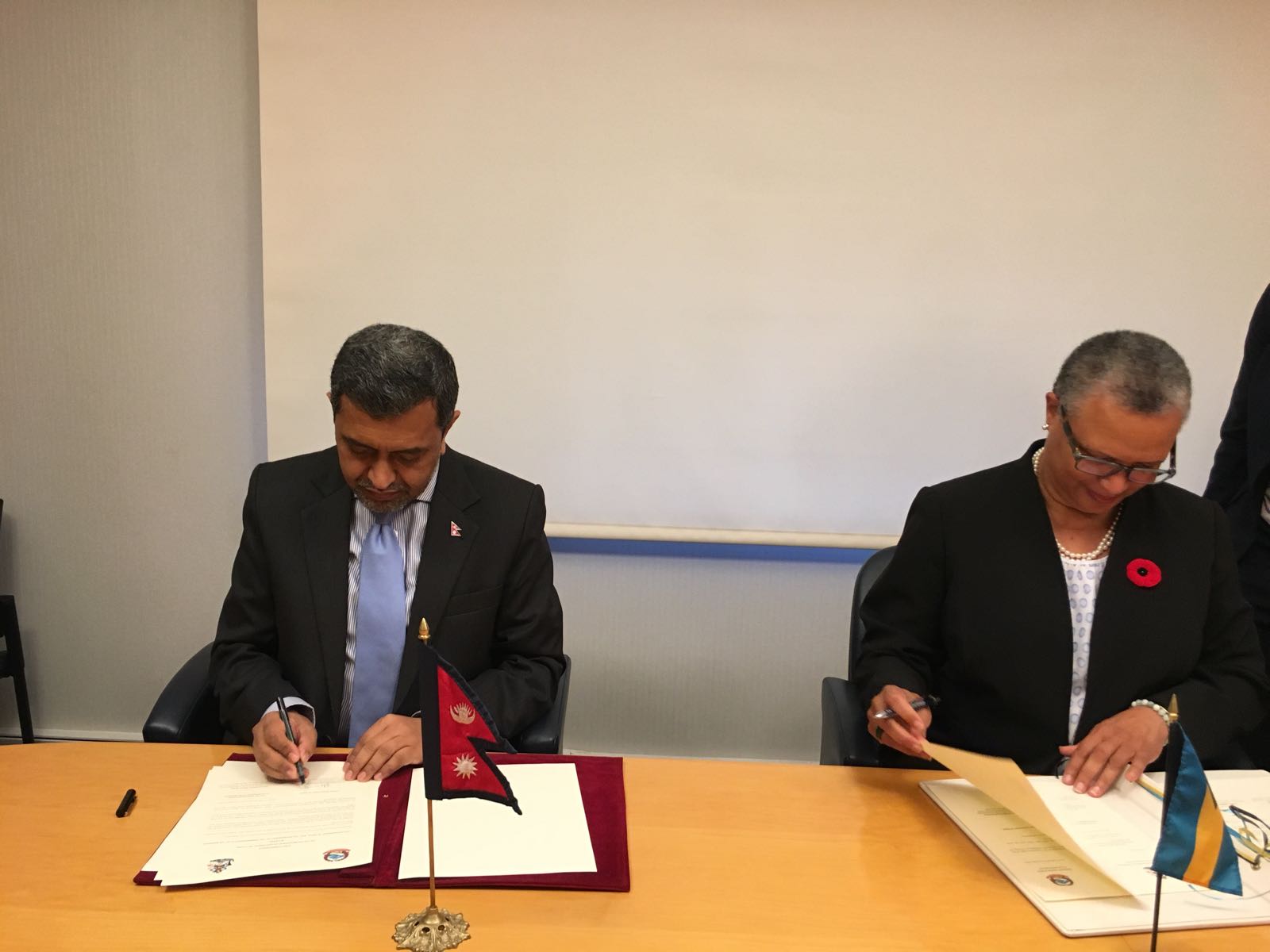 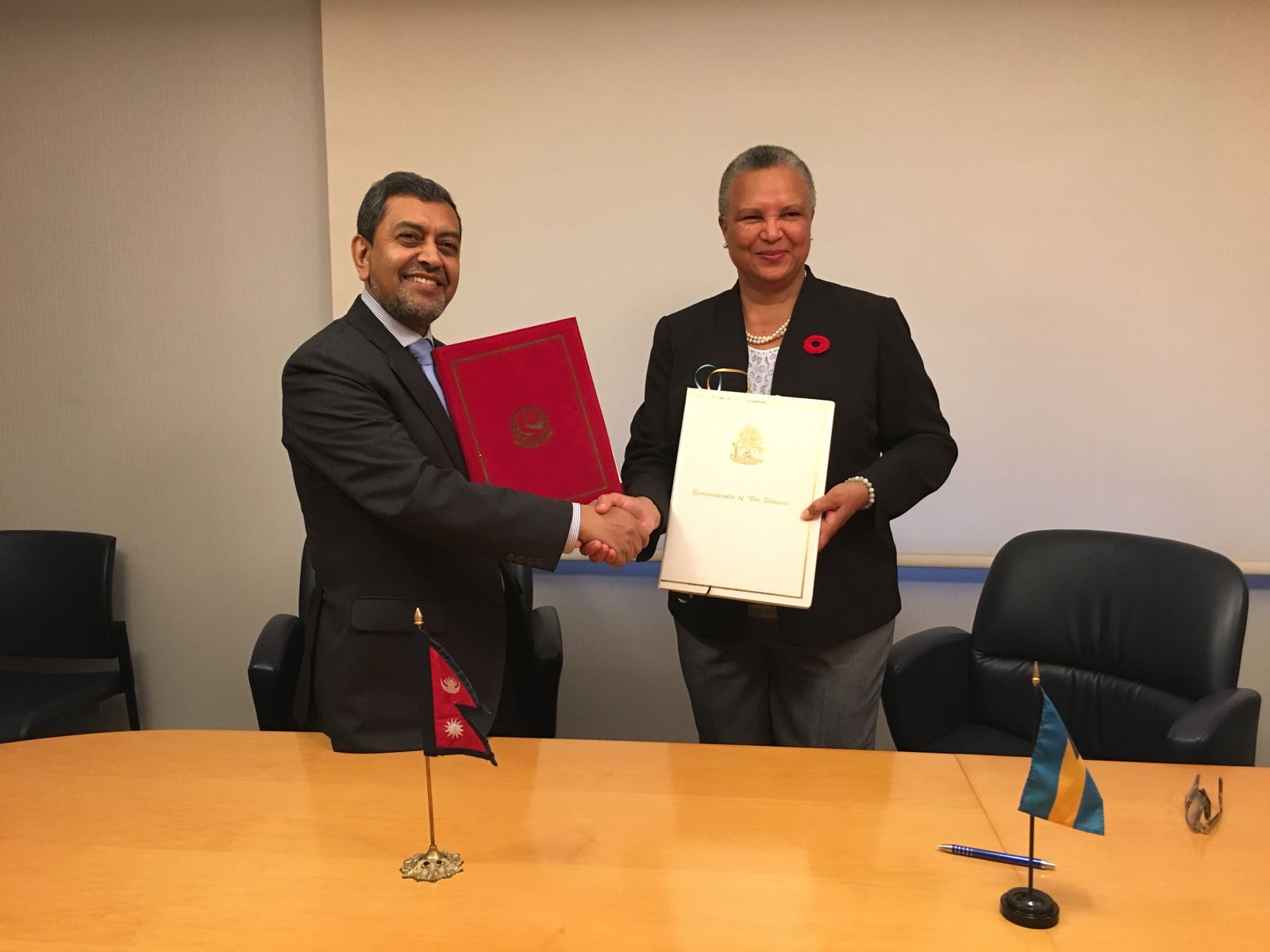