On the occasion, Ambassador Bhattarai conveyed to President Kuczynski Godard compliments and greetings as well as best wishes from the Rt. Hon’ble Bidya Devi Bhandari, President of Nepal for his personal health and happiness as well as for the continued progress and prosperity of the people of Peru. Mr. Bhattarai also conveyed to him the best wishes and greetings of Rt. Hon. Pushpa Kamal Dahal ‘Prachanda’, Prime Minister and Head of Government of Nepal.

While receiving the Letters of Credence, President Kuczynski welcomed His Excellency Bhattarai as the Ambassador Extraordinary and Plenipotentiary of Nepal. The President also extended his best wishes for the personal health and happiness of the President of Nepal as well as for the continued peace and prosperity of the people of Nepal.

At the courtesy meeting following the ceremony, President Kuczynski showed interest in the situation of development in Nepal especially after the earthquake and also expressed his desire for working together on matters of mutual interest. The Ambassador underscored the importance of the joint work of Nepal and Peru in areas of mountain and glaciers vis-a-vis climate change, UN peacekeeping, peace and disarmament, and tourism, among others. Wider issues relating to the work of the UN were also touched on the occasion.

The Ambassador also said that new avenues like these will help take the bilateral relations to a greater height in addition to close collaboration at the UN and other multilateral fora, especially since this is the 40th year of the establishment of bilateral relations between Nepal and Peru. The President assured the Ambassador of his Government’s support in such efforts.

Minister for Foreign Affairs of Peru His Excellency Ricardo Luna Mendoza was present at the ceremony as well as the courtesy meeting.

Earlier today, the Ambassador was especially introduced to the Minister for Foreign Affairs in a ceremonial setting at the meeting of the Minister with the Diplomatic Corps based in Lima. Possibilities of joint work of the two countries especially on mountain issues were shared during the occasion. The Ambassador also took the opportunity to meet with several ambassadors from Asian and other countries based in Lima.

The Ambassador also held a meeting with Ambassador Jose Antonio Bellina, Director General for Asia at the Ministry of Foreign Affairs earlier today. Several areas of possible collaboration were discussed, including in dealing with the human trafficking of unsuspecting Nepali nationals through Peru and continuing the collaborative work of the two countries at the UN.

On Friday, the Ambassador presented the copies of the credentials to the Director General for Protocol Affairs, Ambassador Juan Carlos Gamarra.

Ambassador Bhattarai was first among the three non-residential ambassadors to present the Credentials in Lima today, together with those of Bulgaria and Hungary.

Nepal and Peru established bilateral diplomatic relations on 28 January 1976 and are working closely at various multilateral forums as UN members. Both Nepal and Peru are rich in world heritages. Peru boasts of one of the first human civilisations and Nepal has been the abode of oriental spirituality.

H.E. Mr. Bhattarai is Permanent Representative of Nepal to United Nations and is concurrently accredited as ambassador to the Republic of Peru.

Permanent Mission of Nepal to the United Nations, New York 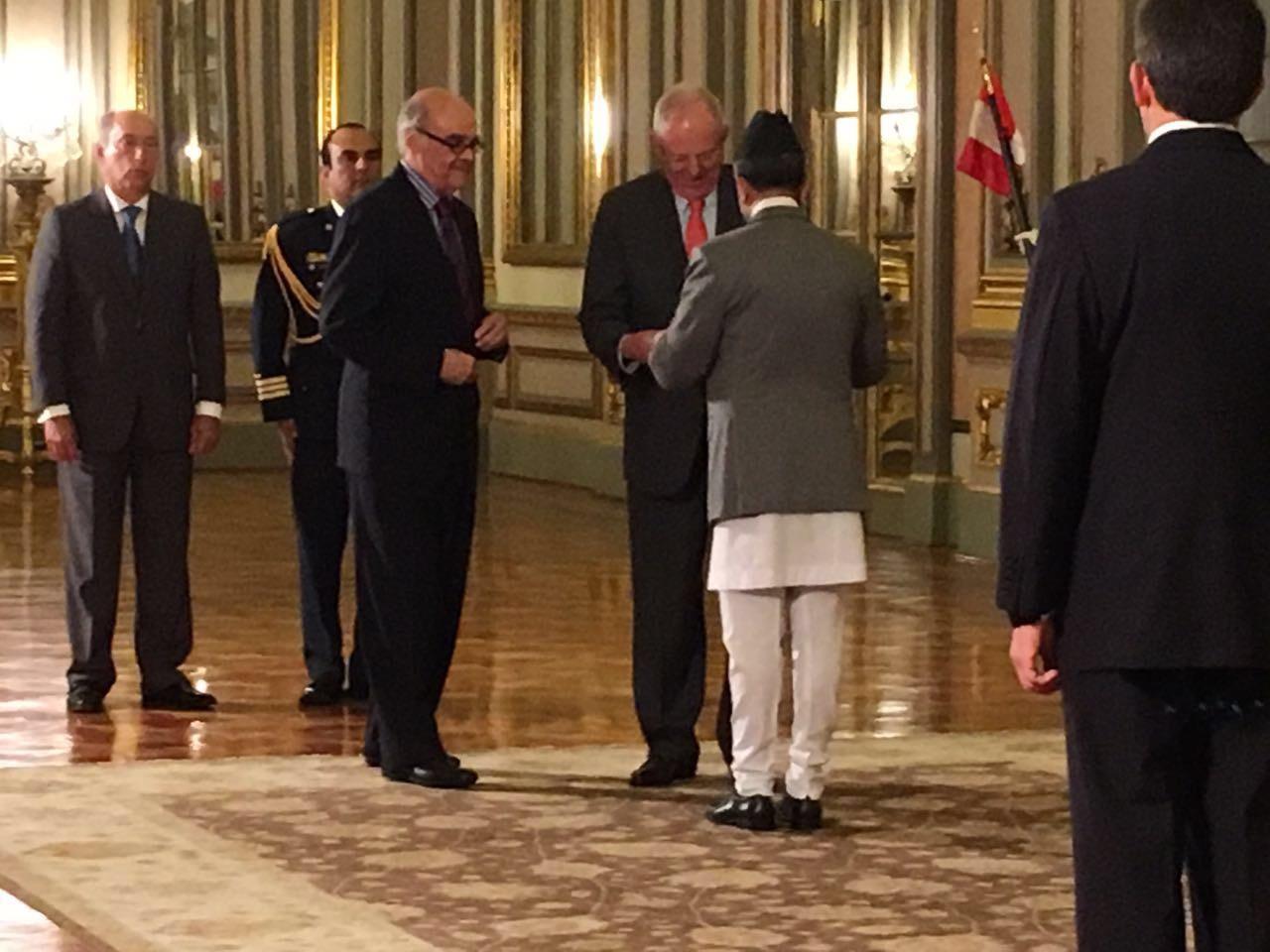