Mr. Laxman Prasad Mainali, Secretary for Labour and Employment, met Mr. Guy Ryder, Director General of International Labour Organization at his office today and held discussion on various facets of Nepal-ILO relations. Labour Secretary Mr. Mainali is in Geneva to attend the 331st Governing Board Meeting of ILO. The GB meeting started from 26 October and will continue till 9 November 2017.

The meeting discussed issues related to strengthening co-operation between ILO and Nepal.  The Labour secretary appreciated the activities carried out by ILO Country office in Kathmandu and requested the DG to consider launching result-oriented projects in Nepal, particularly in the areas of skill development and green jobs creation. Stating that a large number of Nepali youths are migrating for foreign employment, the Labour Secretary underscored that concerted efforts are necessary to safeguard their fundamental rights at the workplace in the destination countries. He underlined the need to create decent jobs for the youths back home and asked ILO to support Nepal in this endeavors.  He informed about the activities taken under the labour reform programs highlighting the major provisions of new Labour Act.

H.E. Ambassador Deepak Dhital, informed the DG about the Colombo Process, and its recent activities under Nepal’s chairmanship. and contribution’s in international labour market. This region comprises 50% of world’s population and contributes 30% of the international labour force. He informed that a Colombo Process joint recommendations document to the Global Compact on Migration (GCM) process is being finalized at present. He emphasized that ILO can play an important advisory and technical role in reflecting the core elements of labour rights in the GCM final document.

Welcoming the 7 centenary initiatives launched by the Director General, Ambassador Dhital said that the programs underpinning the centenary initiatives are relevant to Nepal also especially in the areas of creating decent and green jobs and women at work initiatives. In this context, he said that the ongoing process of negotiation for developing global compact for safe, orderly and regular migration (GCM) has provided an unprecedented opportunity.

Ms. Binda Pandey, a deputy member of Governing Board of the Governing Board of ILO, from the workers group raised concerns related with the decent work and labour migration agenda. She also requested for technical support that ILO could extend to Nepal in implementing some of the social measures of new Labour Act, including in capacity building and the labour inspection. She informed about the upcoming federal and provincial elections in Nepal. She proposed to continue decent work country program for another 5 years in tune with the tenure of the forthcoming elected government that will be in place in the near future.

The Director General, extending warm welcome to Nepali delegates, expressed that the request made by the Nepali delegation could be met through Decent Work Country Program (DWCP). Referring to the centenary initiatives, he informed that a number of ILO programs are ongoing, in Nepal and there is a possibility of integrating those in decent work program. He also stated that migration should be well managed, safe and secure. However, it should be optional and the nation should work towards creating decent jobs within the country. He assured all possible support from ILO in decent job creation and making labour migration safe and humane. 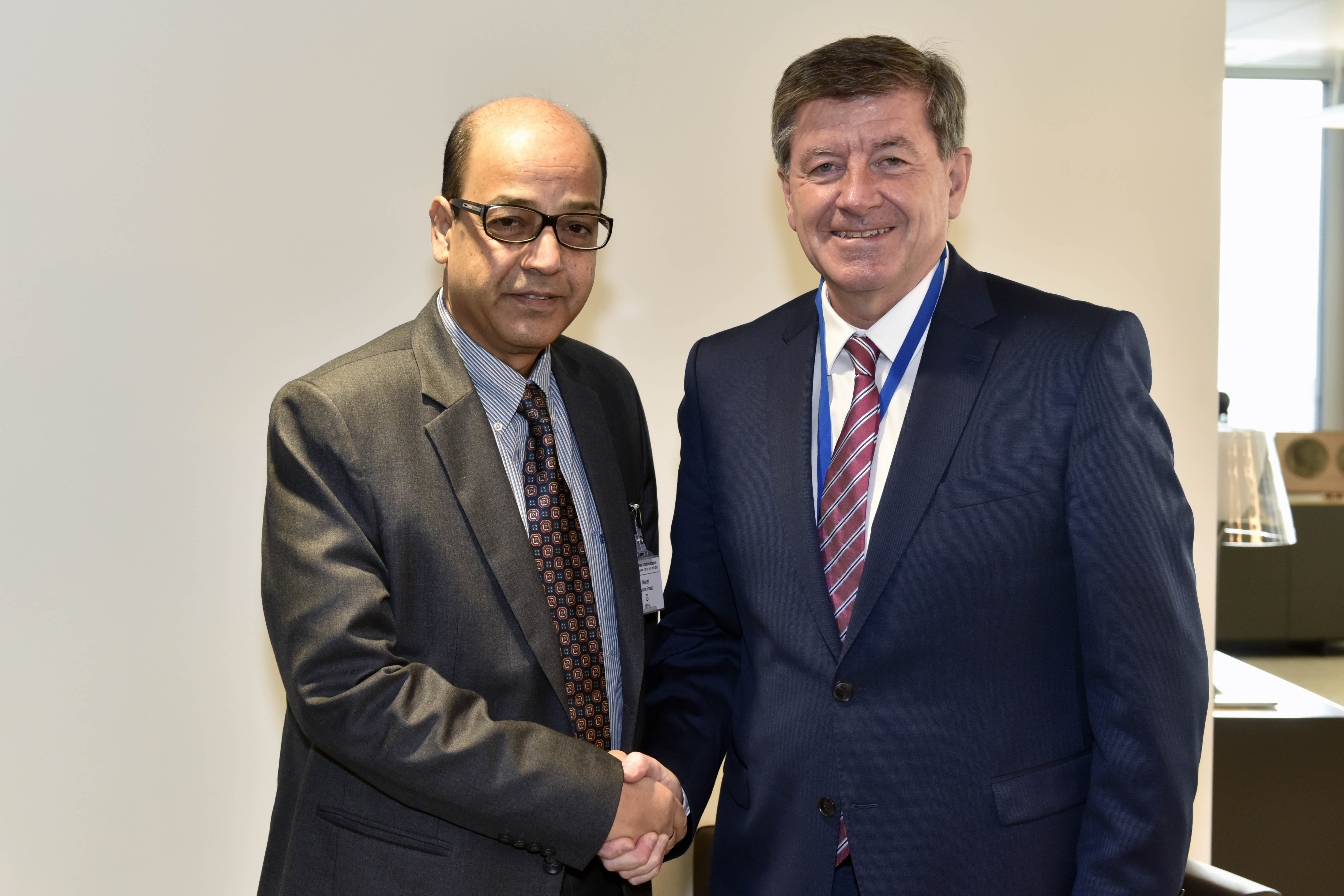 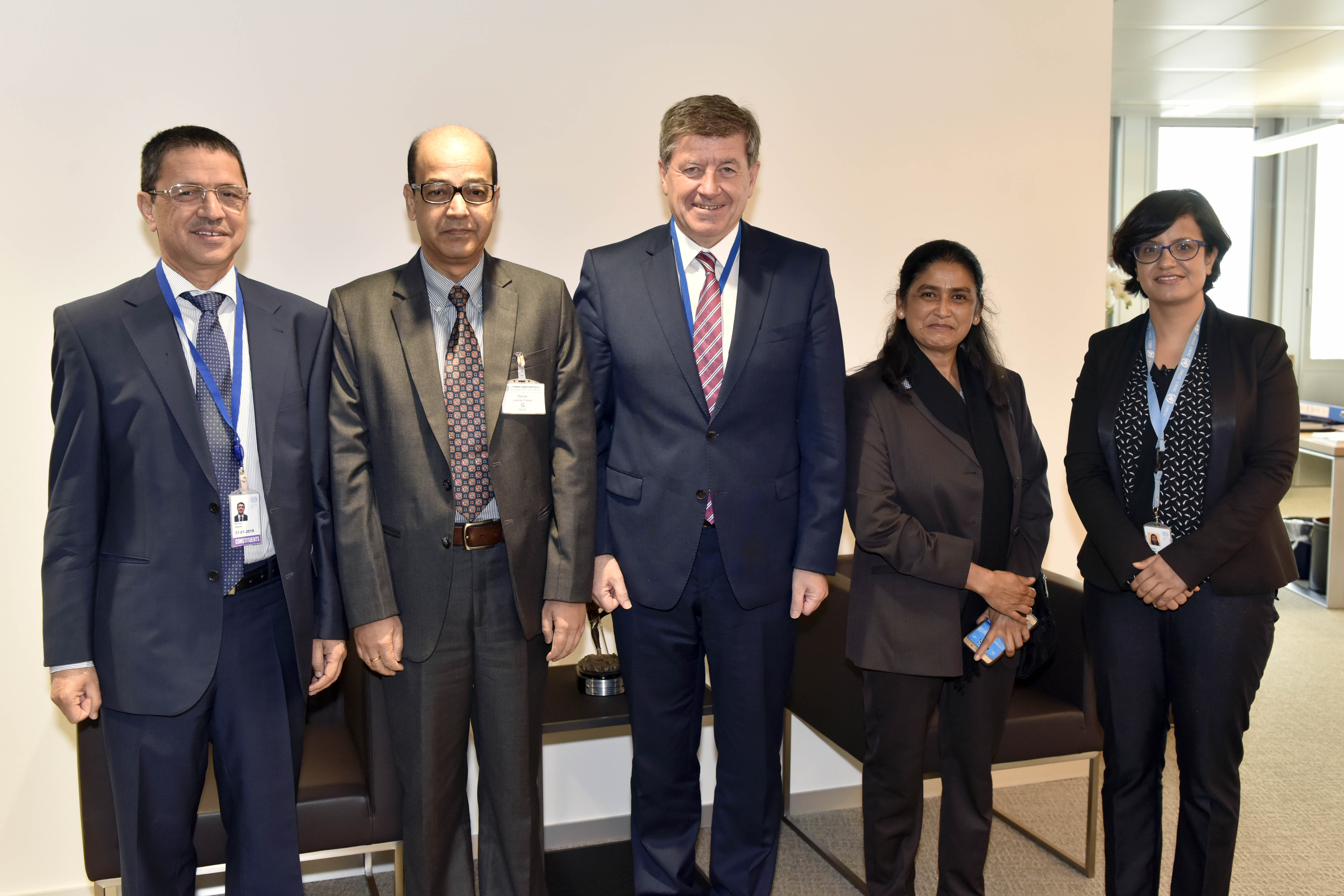