During the call on, Her Excellency Minister of External Affairs stated that India has attached high priority to cooperative relations with Nepal and mentioned that her Ministry has been undertaking regular review of bilateral cooperation projects in order to ensure their timely progress.

During the separate call on, His Excellency Minister of Home Affairs mentioned of the excellent state of bilateral cooperation including in the area of security and stated that India would always be supportive for Nepal’s progress and prosperity.

The Rt Hon President stated that the close and friendly bilateral relations should be further strengthened for into a mutual partnership for growth and development.

In the afternoon, the Rt Hon President attended the interaction programme with business community organized jointly by the Ministry of External Affairs of India, Confederation of Indian Industry, Federation of Indian Chamber of Commerce and Industry and ASSOCHAM India. In her brief remarks, the Rt Hon President said that cooperation and partnership has become the defining feature of inter-state relationship in today’s globalized and interdependent world. She mentioned that Nepal treats private sector as partner for development and has provided various incentives for the private sector to grow including low tariff, simplification of taxes, development of trade and industry related basic infrastructure. She called on the investors from India to visit Nepal and take advantage of the investment opportunities available in Nepal.

The Rt Hon President visited the Samadhi of Mahatma Gandhi at Rajghat and signed the visitor’s book. She also visited the Yamuna Biodiversity Park at the Bank of Yamuna River and planted a sampling there. 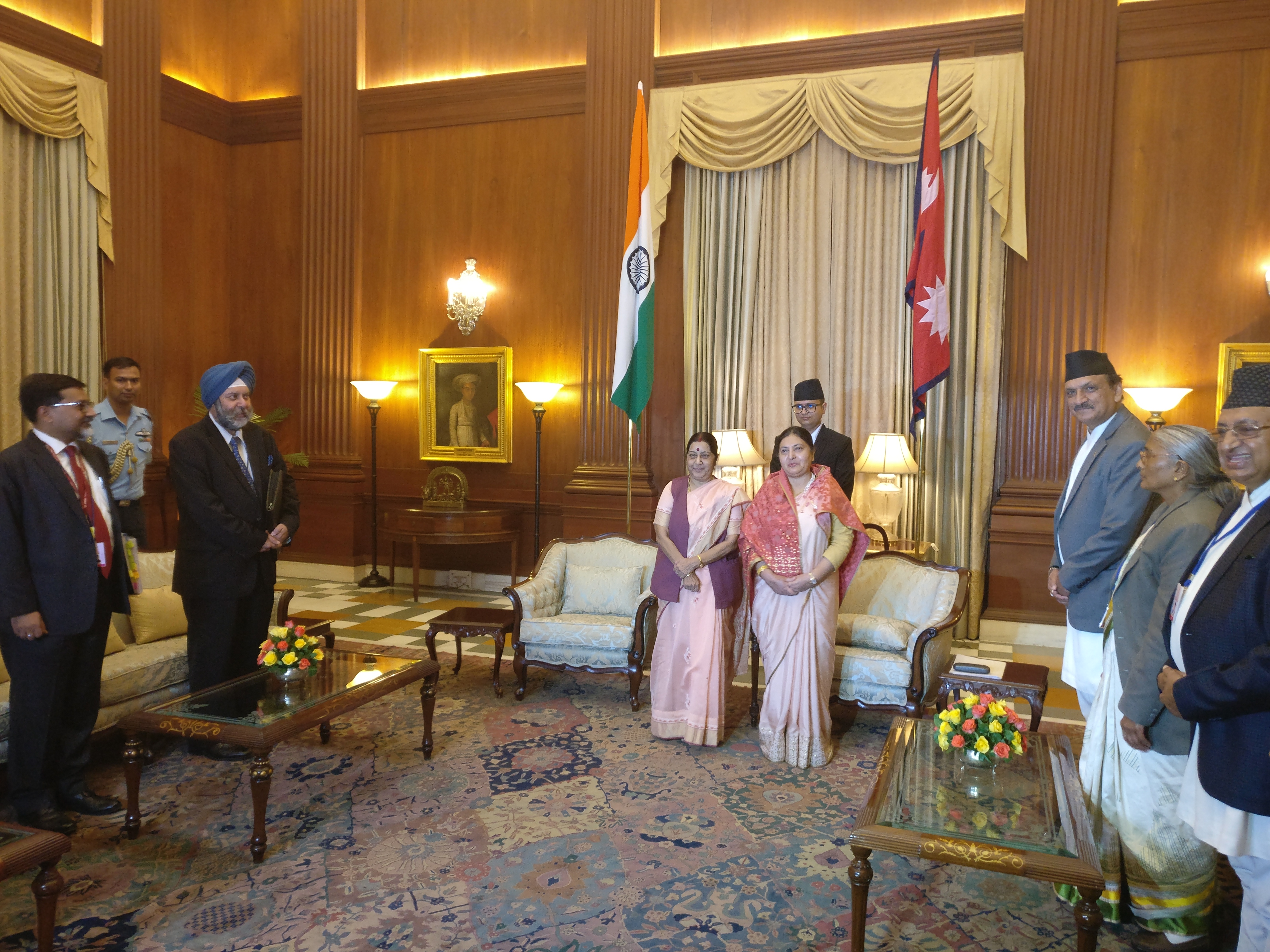 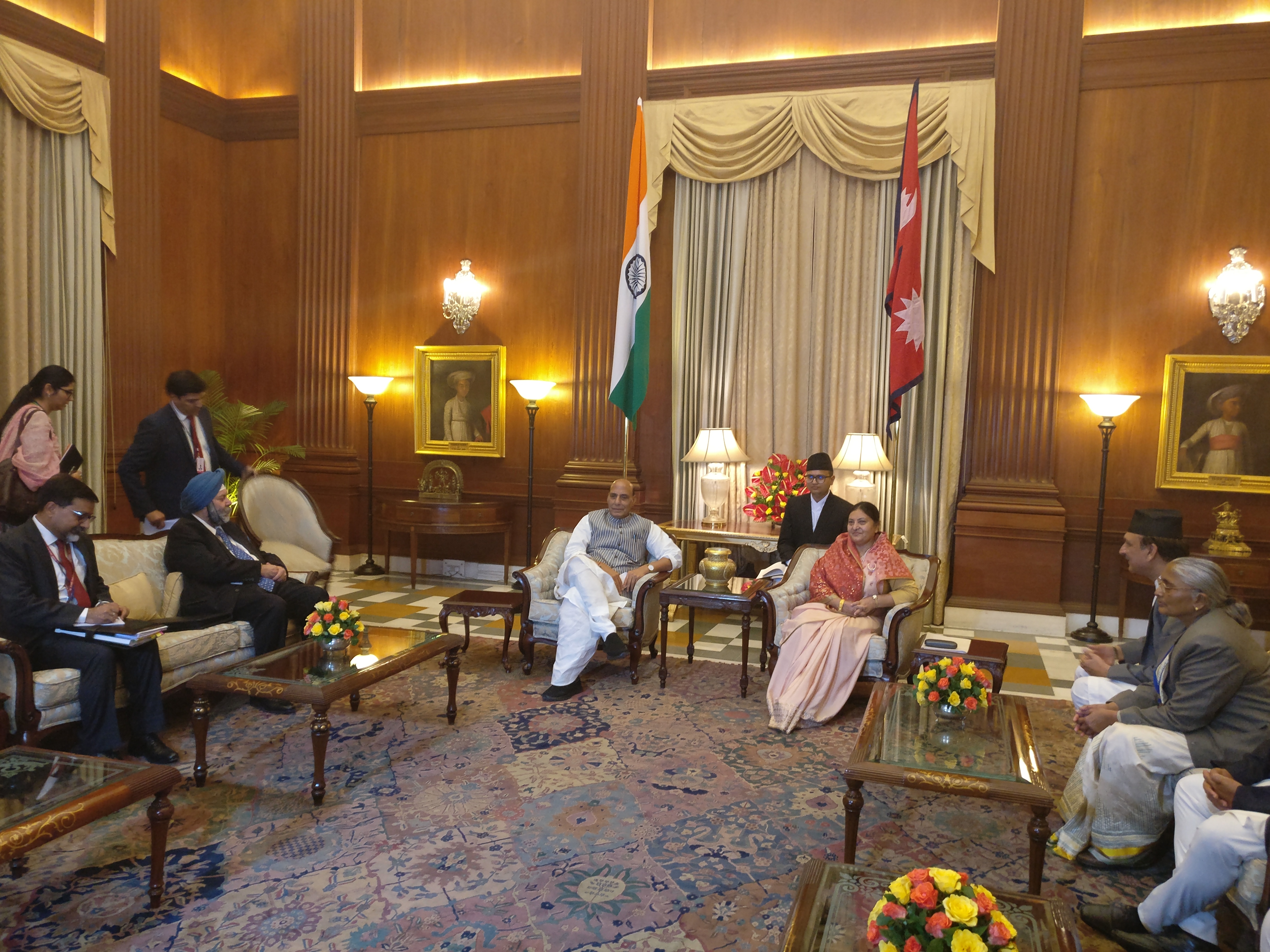 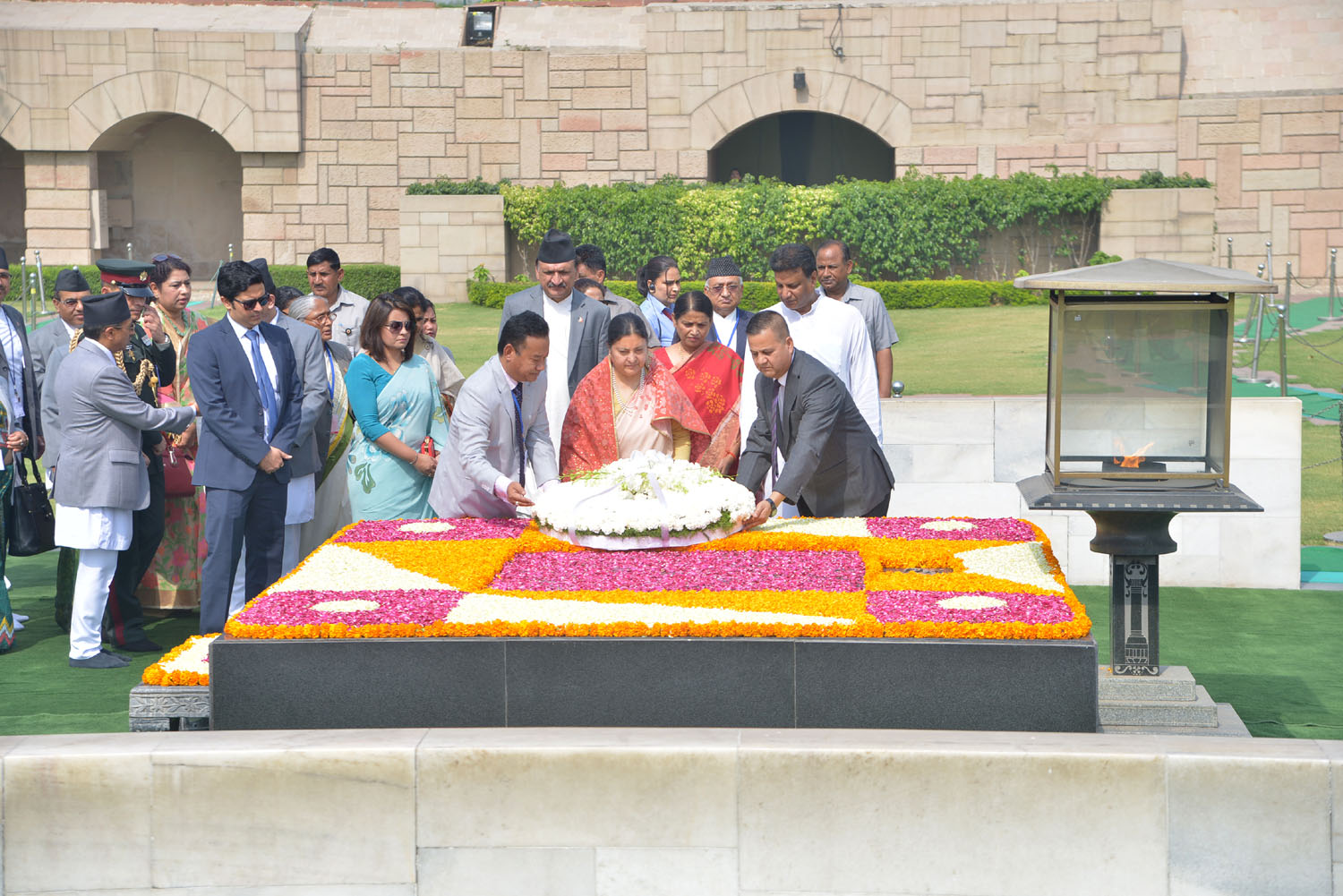 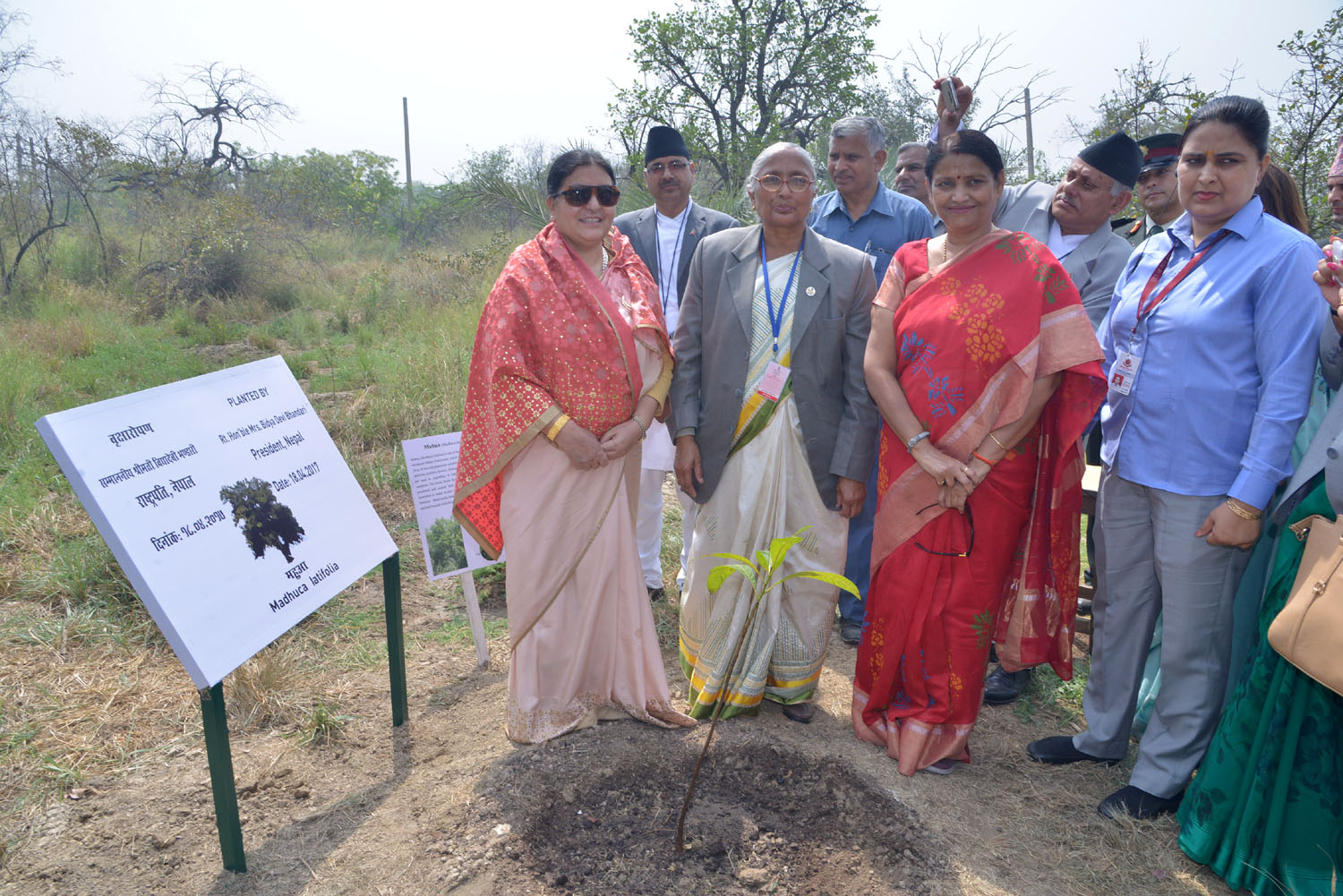