The fourth meeting of Nepal-India Boundary Working Group (BWG) concluded today in Dehradun, India with the signing of Agreed Minutes between the two sides.

The meeting reviewed the progress made in the past three years in the boundary related field works as per the mandate of the BWG that include construction, restoration and repair of boundary pillars, as well as works related to the clearance of No Man’s Land and GPS observation of boundary pillars. The meeting agreed to continue the remaining boundary field works so as to complete them in the next five years. The meeting also agreed to mobilize one additional joint field team in order to expedite the remaining works.

The meeting decided to commence the works of the next field season from November 1.

The next meeting of the BWG is scheduled to be held in Kathmandu in August 2018 after the conclusion of the upcoming field works season. 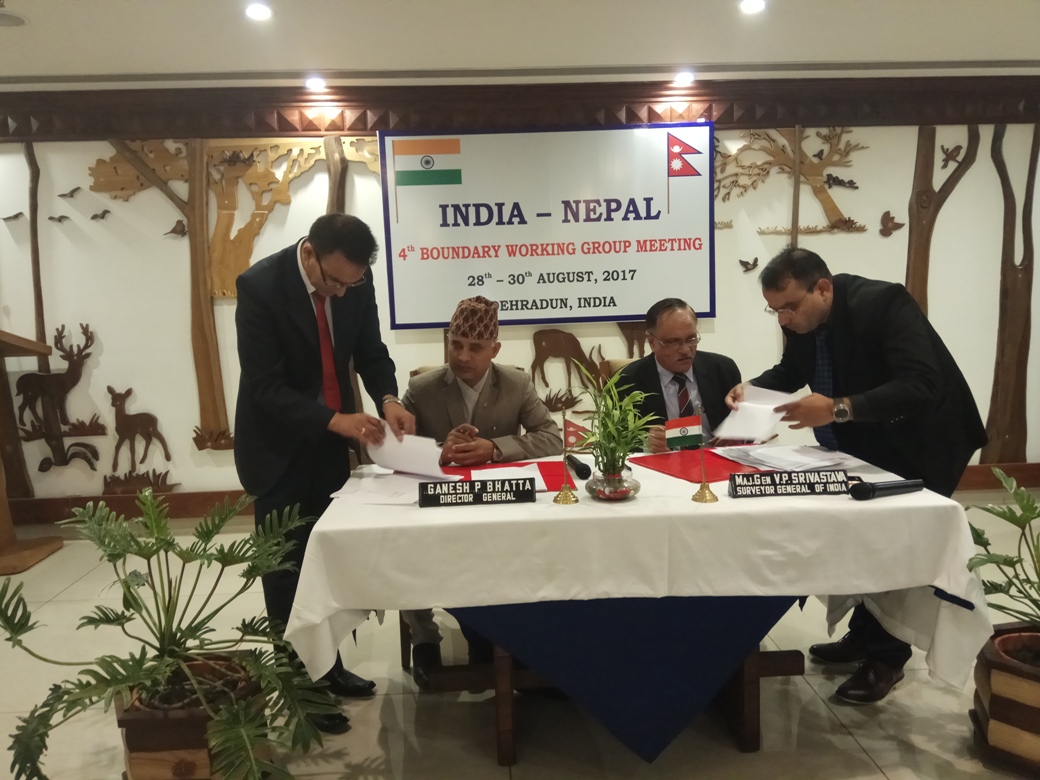