The Embassy of Nepal in New Delhi organized a reception this evening to mark the National Day (Constitution Day). His Excellency Gen Vijay Kumar Singh (Retd), Minister of State for External Affairs of India, attended the reception as the chief guest. Also present in the event were Members of Parliament, political leaders, government officials, members of diplomatic community,former ambassadors, business community, media-persons, dignitaries from various sections of Indian society as well as Nepali community in India.

Highlighting the importance of National Day (Constitution Day) in his welcome remarks,His Excellency Mr Deep Kumar Upadhaya, the Ambassador of Nepal to India, stated that the making and promulgation of the Constitution by the elected Constituent Assembly in 2015 marked a new chapter in Nepal’s glorious history. He further stated that the Constitution guaranteed human rights and fundamental freedoms to all citizens without any discrimination and social justice was one of its key objectives.

Ambassador Upadhyay termed Nepal’s political transformation as a rare experience of its kind. He said that in the land of Buddha, the apostle of peace, successful transformation from armed conflict to peaceful, democratic political process had been possible. This journey of Nepal could be a good case study for researchers, scholars and political scientists, he added.

The Ambassador mentioned about the important milestones achieved in the implementation of the Constitution including the successful conduct of the local election.After nearly two decades of transitional absence, the local bodies, which are the foundation of the country’s democracy and development, do now have elected leaders, he said.

Speaking on Nepal’s foreign relations, the Ambassador underlined that Nepal had excellent relations with all friendly countries in the world and close ties with its neighbours. He characterized these relations as comprehensive and multidimensional and stated that the economic dimension of Nepal-India relations was increasingly receiving greater focus at both leadership and functional levels.

He shared that the recent State Visit of the Rt Hon Prime Minister of Nepal to India was an important event that served as an occasion for political leadership to review the status of bilateral relation and provide guidance for its future direction. 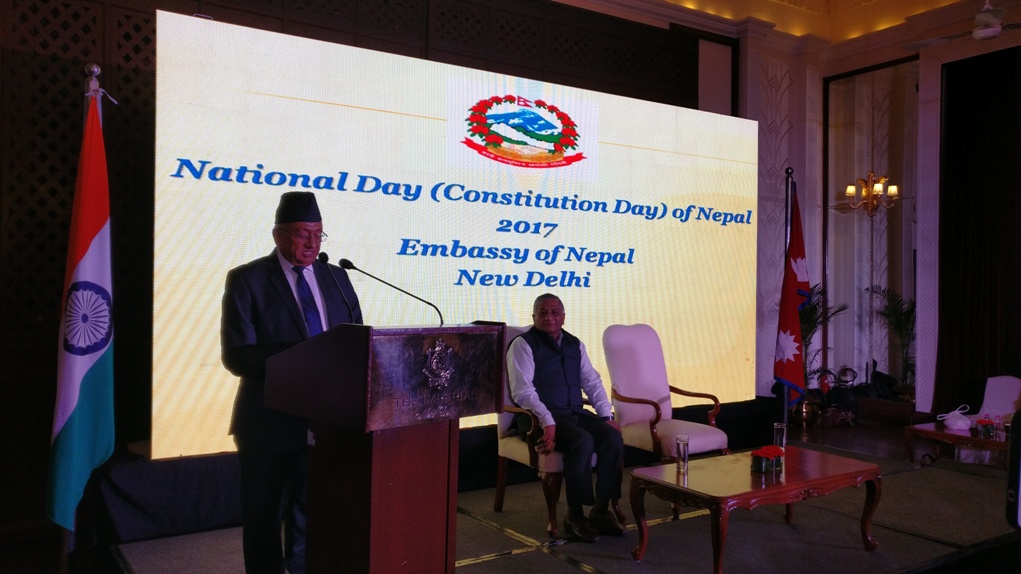