Hon Deputy Prime Minister and Minister for Foreign Affairs, Mr Krishna Bahadur Mahara, who is on a visit to India, had interaction with New Delhi-based Non Resident Ambassadors to Nepal in New Delhi today.

In his brief remarks, Hon Deputy Prime Minister and Minister for Foreign Affairs stated that Nepal attached high importance to its relations with the friendly countries around the world and mutual support and cooperation remained at the core of such relations.

Referring to the developments in Nepal, Hon DPM noted that Nepal’s historic transformation in recent years had been a matter of interests to our friends, near and far. He shared with the diplomats that the new Constitution made by the elected Constituent Assembly in September 2015 marked the beginning of a new era of peace and democracy in Nepal. The Constitution is progressive and forward looking, he said, and it has safe-guarded interests and aspirations of all segments of Nepali society.

Hon Deputy Prime Minister also shared with the envoys of friendly countries about Nepal’s important candidature to UN Human Rights Council and solicited their countries’ support to Nepal in the election to be held later this year.

He highlighted that with the near conclusion of historic peace process, Nepal set a successful example of socio-political transformation. In the background of positive developments within the country, he argued, it is a time for Nepal to share its experience of political transformation, peace process, and the achievements made in the field of Human Rights with wider international community.

The Ambassadors present in the interaction congratulated Nepal for the achievements made in the institutionalization of peace and democracy and expressed their willingness to further enhance bilateral relations with Nepal.

The interaction programme was followed by a dinner hosted by His Excellency Mr Deep Kumar Upadhyay, Ambassador of Nepal to India, in honour of the Deputy Prime Minister.

Hon’ble DPM is scheduled to have a similar interaction with a different set of Non Resident Ambassadors to Nepal tomorrow during lunchtime. 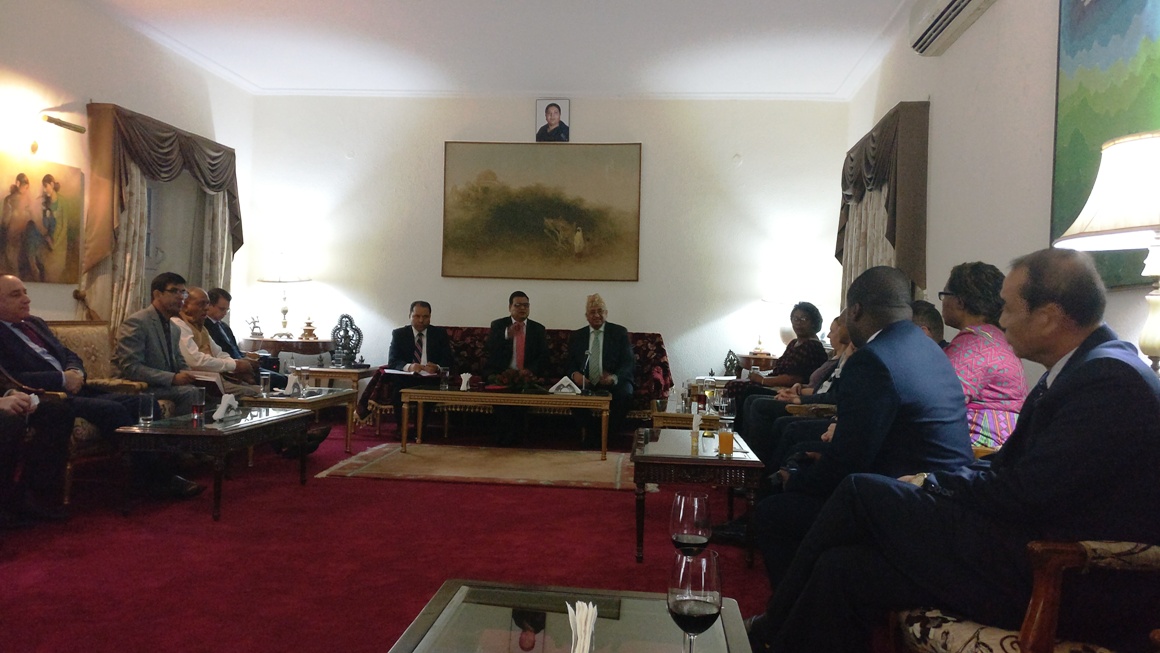