Speaking on the occasion, Ambassador Upadhyay stated that Nepal-India relations are the vast confluence of political, socio-cultural economic and multiple other components and hence, cannot be defined by only one element, let alone be confined to one dimension. He further stated that in modern times, these relations are characterized by a firm commitment to the principles of peaceful coexistence, sovereign equality, mutual respect and understanding of each other’s aspirations and interests and respect for each other’s sensitivities.

Referring to the open border as an aspect of bilateral relations, the Ambassador pointed out the need of managing the border in such a way that facilitates unhindered movements of people, trade and transit. To the interest of harmonious Nepal-India relations, we must make sure that our officials at the border particularly the security forces render proper and respectful behavoiur to the public, he said.

Defining the steadfast commitment to democratic values, practices and system of governance as a commonality between the two countries, the Ambassador shared that Nepal is effortful to consolidate democracy and strengthen democratic institutions so that the gains of decades-long democratic struggles remain consolidated. Promulgation of the Constitution by an elected Constituent Assembly in September last year has been a significant step in institutionalizing democracy and inclusive governance in Nepal, he said.

Ambassador Upadhyay stated that Nepal and India are endowed with resources, both natural and human, and a collective will is required to build up a close partnership to convert resources into wealth for our mutual benefits. He underlined that development should be the important pillar of Nepal-India relations in the present context and securing shared prosperity must be the common objective.

Defining trade and transits as a vital component of Nepal-India relations, Mr. Upadhyay pointed out the need of greater trade facilitation measures at the border, including abolition of non-tariff tariff barriers and robust connectivity in terms of roads, railways, waterways, and transmission infrastructure. Given the huge trade deficit faced by Nepal, there is a need to take concrete measures to help Nepal expand its export, he added.

The Ambassador termed hydropower as a prominent area of cooperation and stressed that sincere efforts should be made to materialize the ongoing projects including Pancheshwar.

Referring to the recent exchanges of high level visits, Ambassador Upadhyay highlighted that in all these engagements, top focus has been given on getting results on the ground and having positive impacts in the lives of the people and to that end, a joint oversight mechanism has been created to monitor the progress in the implementation of bilateral projects, identify bottlenecks and address them.

The Ambassador thanked University of Delhi for choosing Nepal-India relations as the topic for the first round of the Lecture Series. 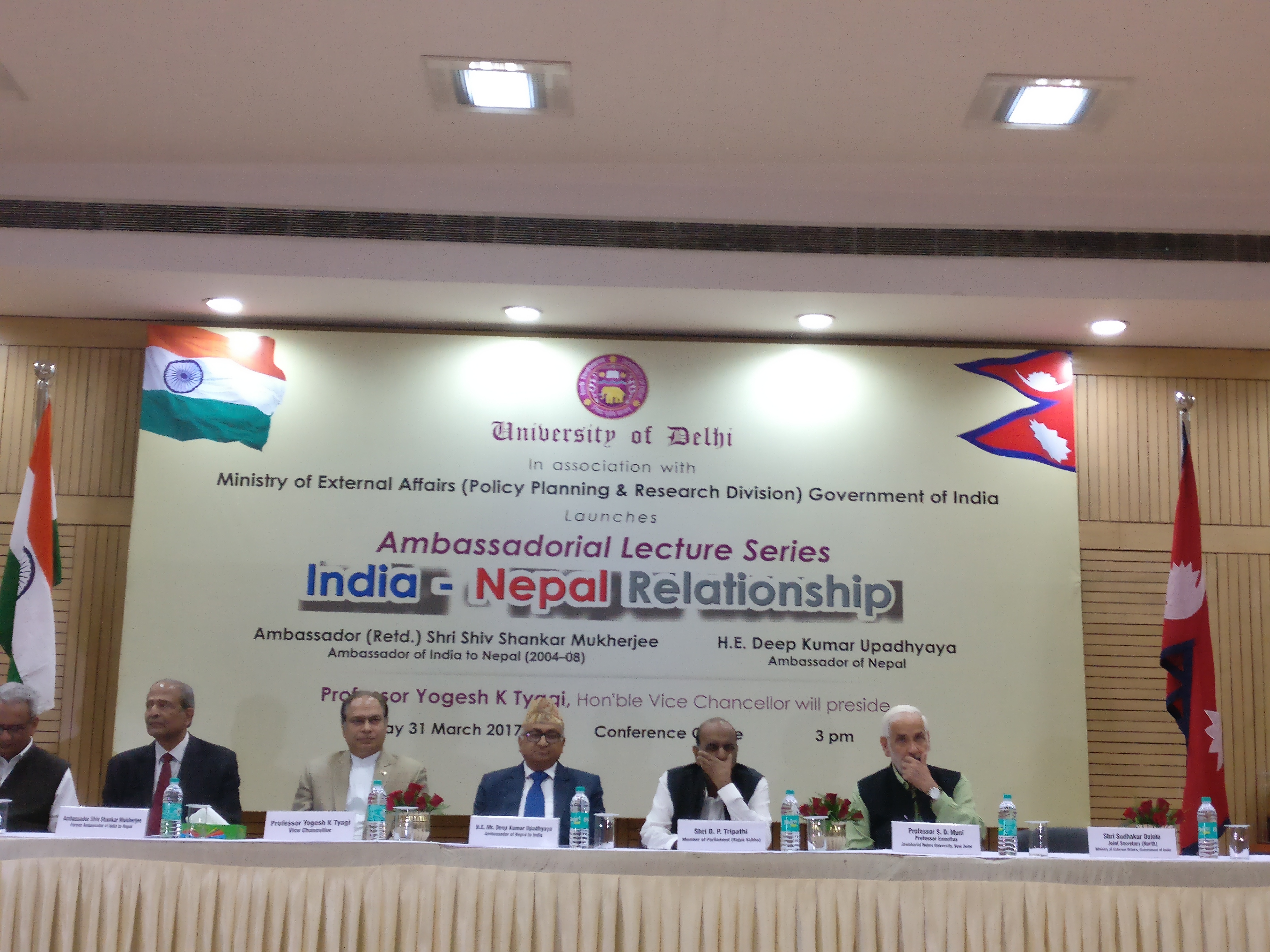 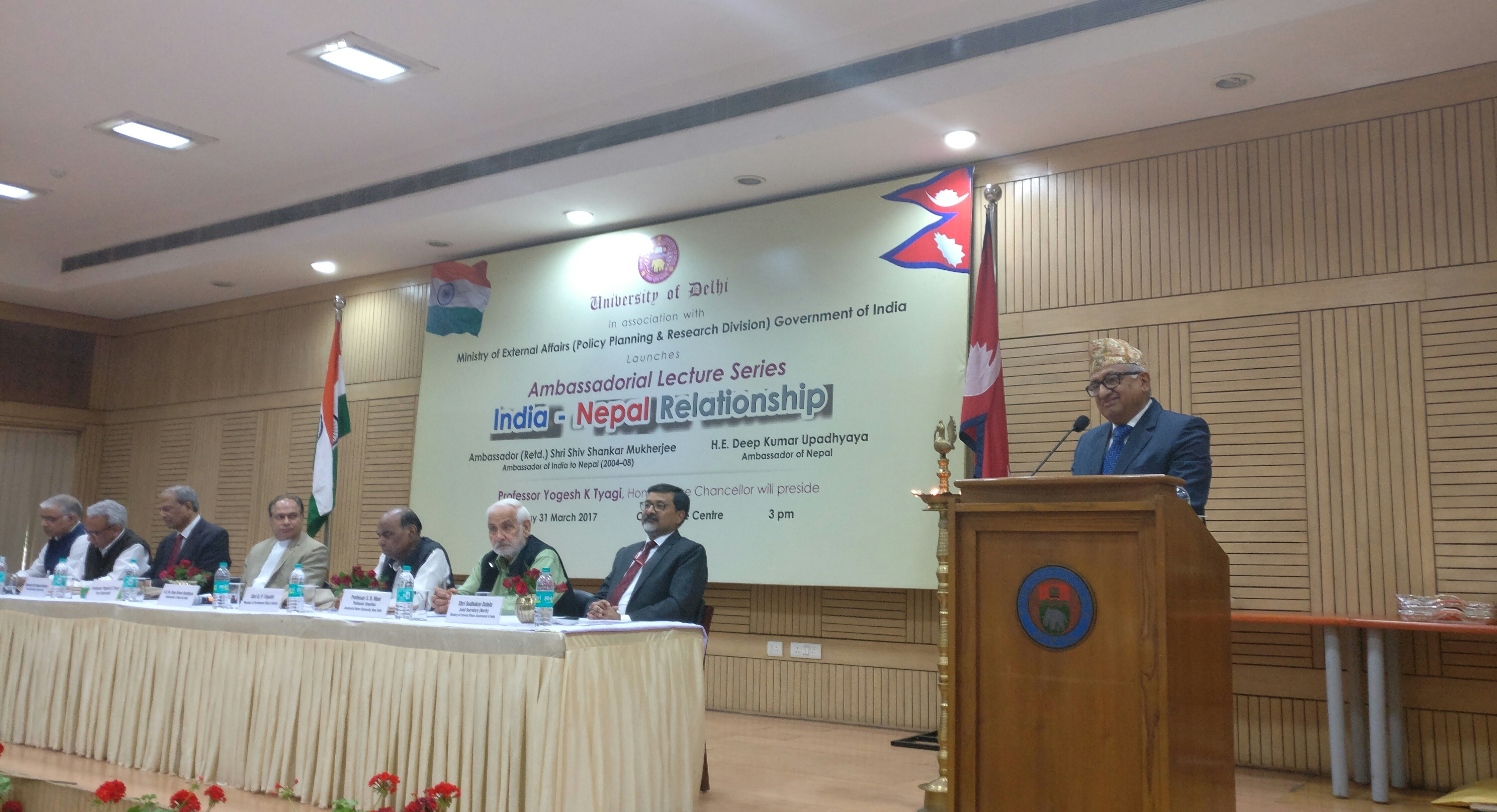