The Embassy of Nepal in Bangkok has been moved to its own building from Monday, 30 January 2017. The new Chancery was officially inaugurated this morning with the hoisting of Nepal’s national flag jointly by H. E. Dr. Khaga Nath Adhikari, Ambassador of Nepal, and office bearers of Non-resident Nepalese Association, Thailand and Thai-Nepali Association; the playing of Nepal’s National Anthem; and the chanting of vedic shlokas by pundits. People of Nepalese community in Thailand were also present during the inauguration.

The new Chancery is located at House No. 4/1, Soi Pridi Banomyang-27, Sukhumvit 71 Road, Bangkok, and started functioning from its new location from today itself.

Before this, the Embassy was functioning from its rented premises.

The Embassy had purchased the new land and buildings in June 2016. Some new structures including guard post, visa and consular offices, and waiting hall have been newly constructed.

The whole compound covers an area of about 4 ropanis of land, and also includes the residence of the Deputy Chief of Mission. 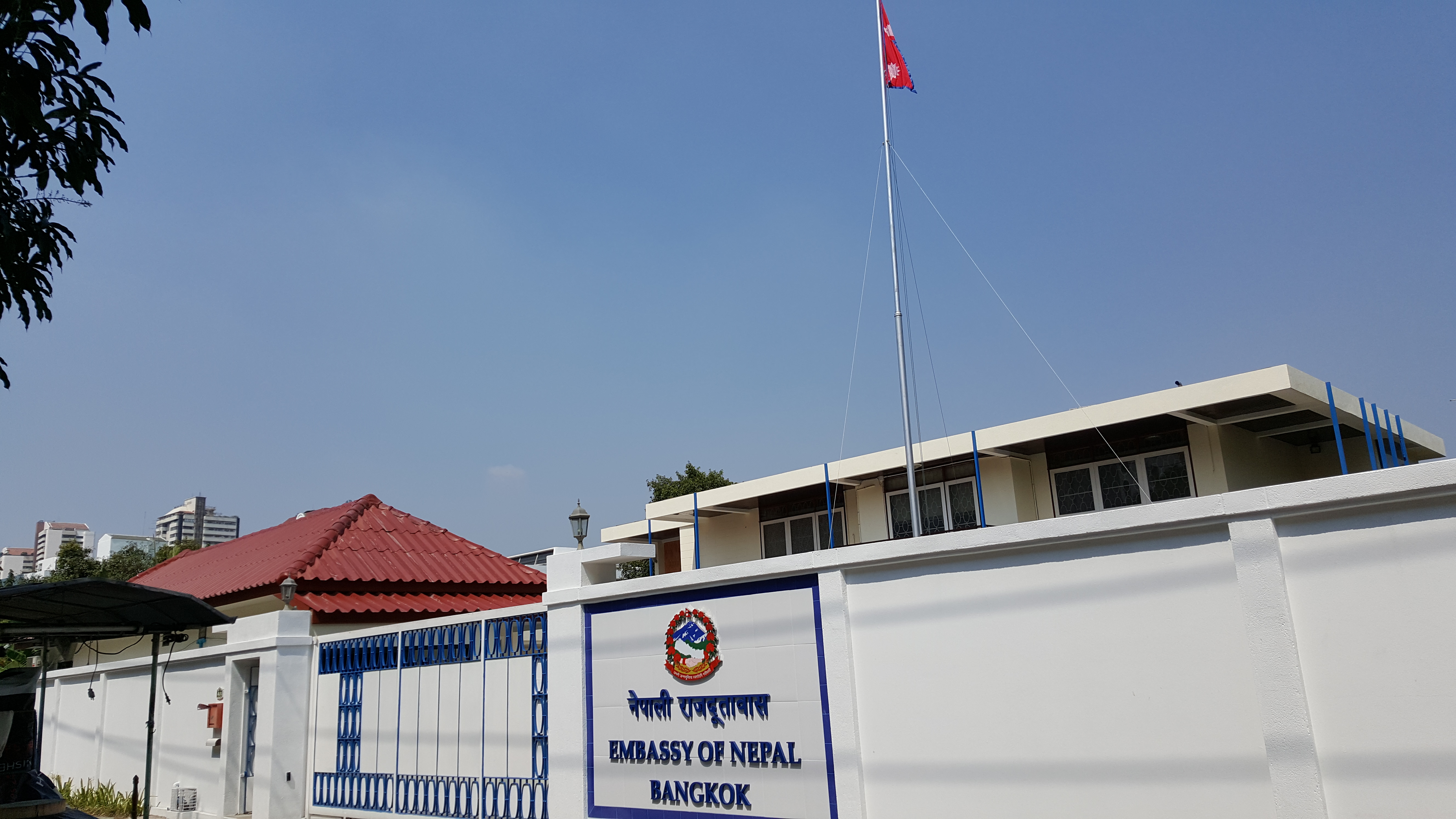 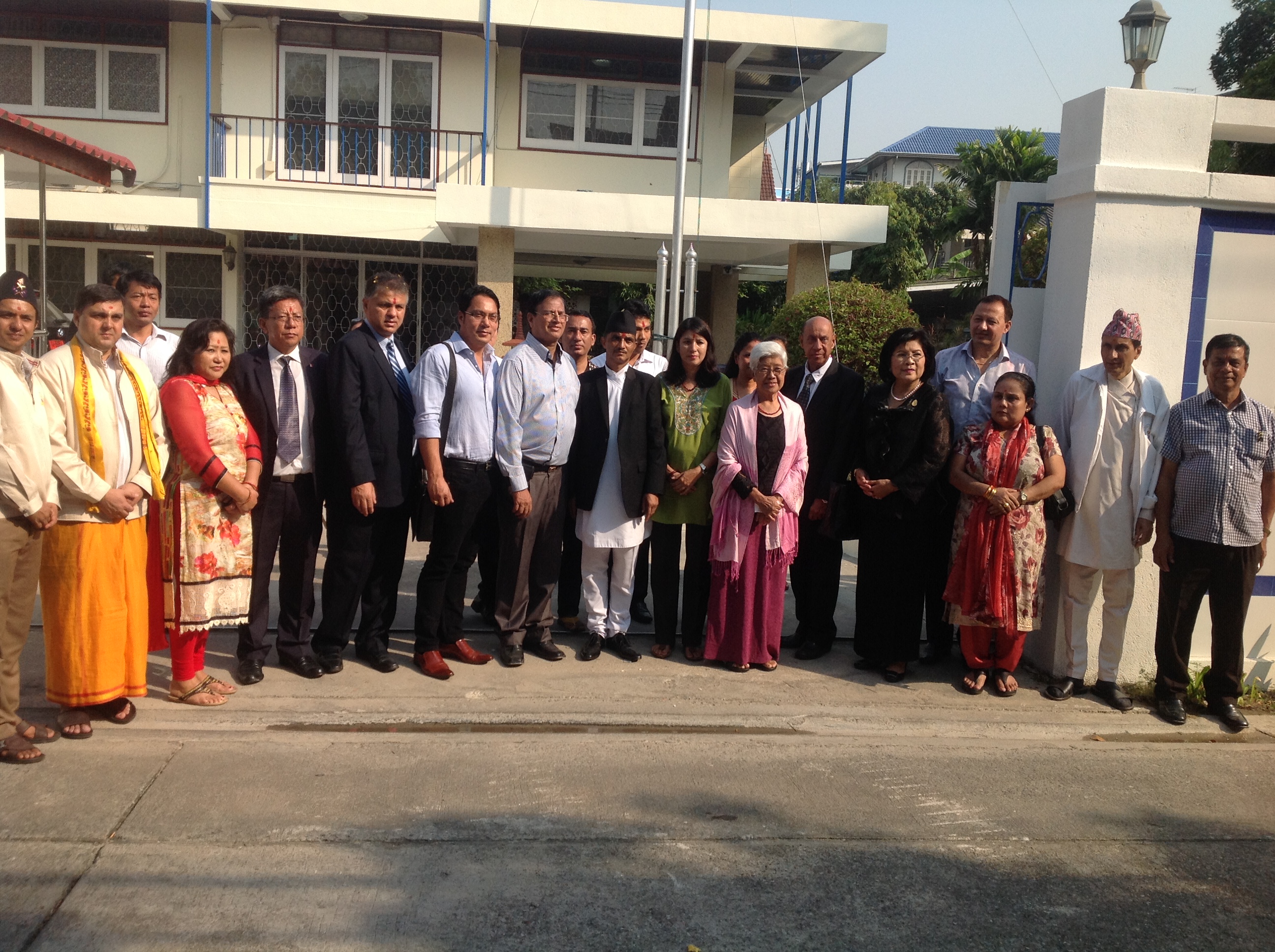