The Second Anniversary of the Constitution Day (National Day) of Nepal was celebrated by the Embassy of Nepal, Bangkok in a grand manner.

On 20thSeptember 2017, the Embassy organized a Reception in a local hotel to celebrate the National Day of Nepal. H.E. Mr. Virasakdi Futrakul,Deputy Minister of Foreign Affairs of Thailand,attended the programme as the Chief Guest. A large number of guests including high ranking Government Officials of the Royal Thai Government, members of the diplomatic corps in Bangkok, friends and well-wishers of Nepal from various walks of life, media representatives and Nepalese nationals attended the Reception.

H.E. Dr. Khaga Nath Adhikari, Ambassador of Nepal in Bangkok, proposed toasts for the health, happiness and longevity of His Majesty King Maha Vajiralongkorn Bodindradebayavarangkun of Thailand and the Rt. Hon. President of Nepal, Mrs. Bidhya Devi Bhandari. In his remarks, H. E. the Ambassador highlighted Nepal’s efforts for effective implementation of the Constitution of Nepal, including the adoption of many organic laws, recently held local-level elections, and the forthcoming state and federal-level elections.He also spoke about Nepal-Thailand relations.

The Embassy also utilized the occasion to promote Nepal’s tourism, trade and culture. With the objective of promoting Nepal’s tourism, large-framed photographs of main tourist destinations and banners were displayed in the hotel hall-way. Video of Nepal’s main tourist attractions and products was played on the screen inside the program hall throughout the program. Nepali handicrafts and pashmina products were on display along the hallway to the Reception. Nepalese nationals in traditional Nepali costumes, representing diversified Nepali cultural and ethnic communities,added beauty and colour to the program. The guests also enjoyed the taste of some typical Nepali dishes served in a separate Nepali Corner in the reception hall. Nepali cultural performances were also presented during the programme.

In the celebrations of the Constitution Day, the Embassy also observed Deepavali in the Embassy premises for three days, from 18 to 20 September 2017. 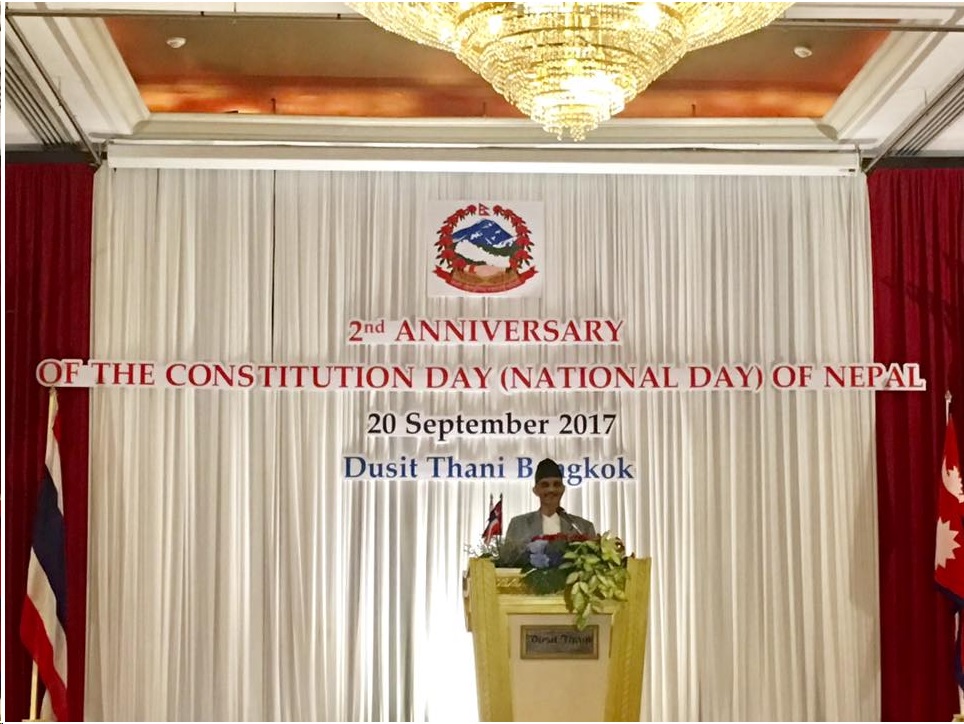 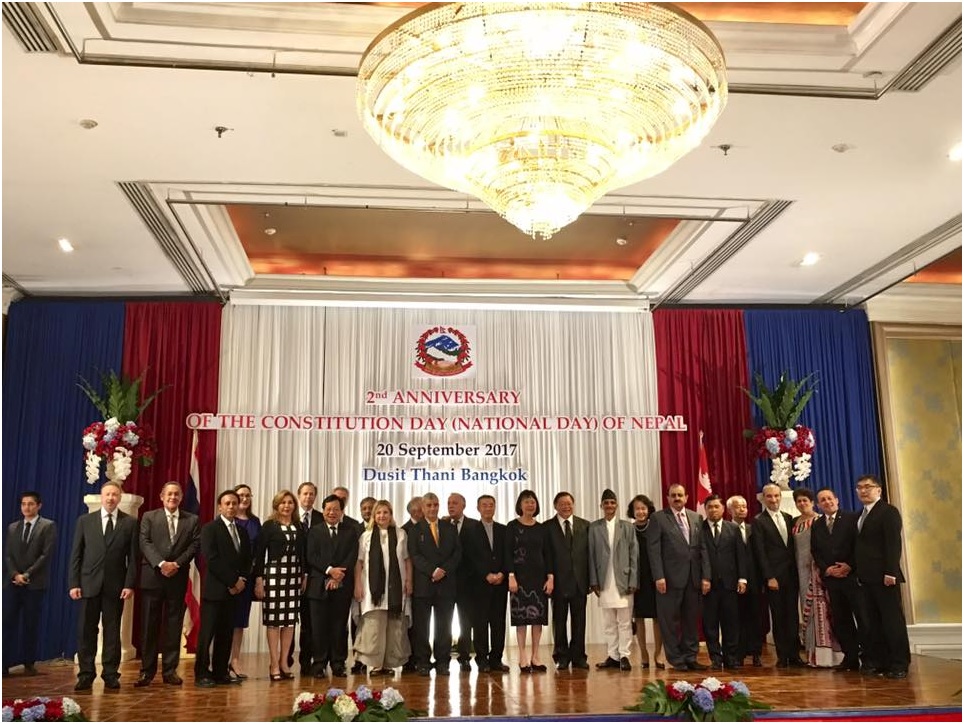