The Embassy of Nepal, Bangkok organized a tourism promotion programme in Chiangmai, a northern city of Thailand, on 12 July 2017. The programme was organized under the theme of Nepal is Beautiful: Visit, and Enjoy in Nepal. Mr. Pawin Chamniprasart, Governor of Chiangmai, representative from Tourism Authority of Thailand, Chiangmai Office, and other officials were present during the programme. A large number of participants, including travel/tour operators, media persons, prospective tourists and representatives of the Nepalese community in Chiangmai participated in the programme.

Welcoming the participants, H. E. Ambassador Dr. Khaga Nath Adhilari made a detailed presentation on the tourism attractions and opportunities in Nepal, highlighting three areas: Adventure, Nature and Culture. He stated that Thai people were increasingly attracted towards Lumbini and trekking, and encouraged people to visit Nepal.

Speaking during the programme, Chiang Mai Governor Mr. Pawin Chamniprasart, highlighted the cordial relationship between Nepal and Thailand, and added that cooperation in tourism sector is mutually beneficial. He also encouraged peoples from both Nepal and Thailand to visit each other’s countries.

The programme is believed to have contributed to giving added publicity about Nepal in the Chiangmai Province and thereby promoting Nepal’s tourism. 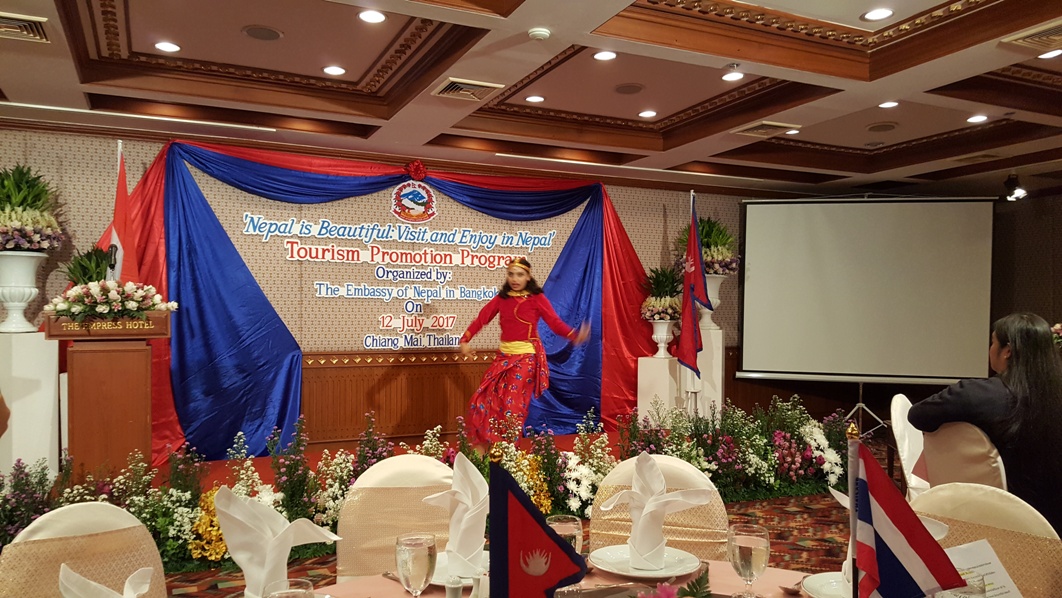 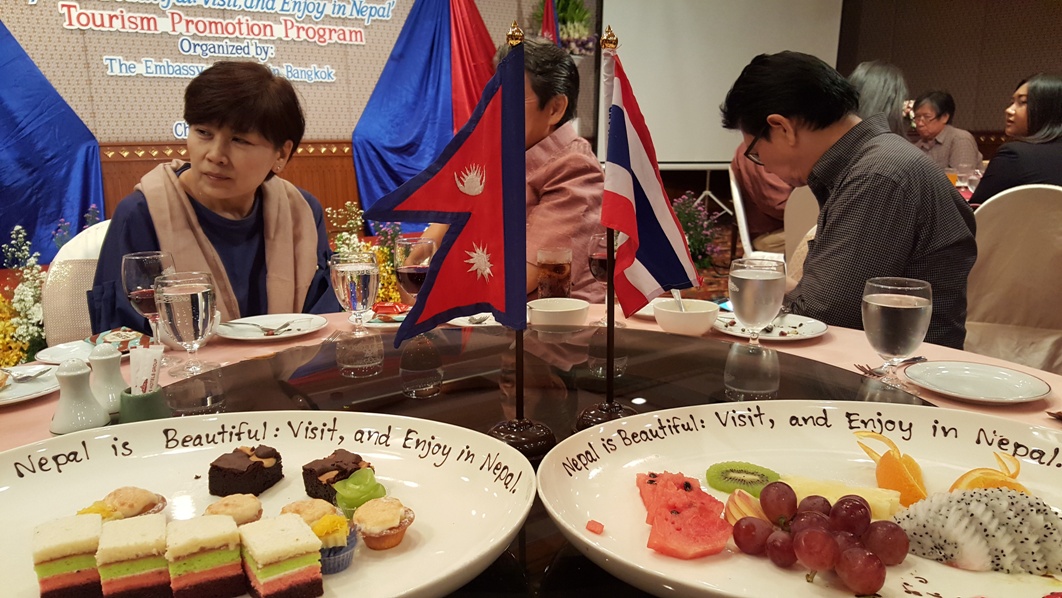