Consulate General of Nepal in Hong Kong organized a reception on the occasion of National Day of Nepal at Foreign Correspondent Club on 20th September 2017. The second anniversary of the promulgation of the Constitution of Nepal was celebrated with great happiness in presence of nearly 200 guests including the government officials from Hong Kong, Consuls General and other diplomatic staffs in Hong Kong and Macao, Chinese as well as Nepali Business persons, representatives from various Nepalese organizations in Hong Kong, media persons,friends and well-wishers of Nepal. The occasion was graced by The Chief Secretory for Administration of Hong Kong Special Administrative Region, Honorable Matthew Cheung Kin-chung as the Guest of Honorand Honorable, Meen Bahadur Bishwokarma, Minister for Commerce of the Government of Nepal as the special guest.

Mr. Kamal Prasad Bhattarai, Consul General of Nepal to Hong Kong SAR and Macao SAR in his welcome remark highlighted 20th September as a historic day for Nepal. He expressed his confidence to the positive changes in terms of economy and development after the promulgation of the new constitution in Nepal. Emphasizing the various areas of promotion on tourism, trade and investment in Nepal, he expressed his happiness in being Nepal, a part of the Belt and Road Initiatives. He wishes for the warm, cordial and friendly relation between Nepal and China as always in the long run too.

The Honorable Minister for Commerce of the Government of Nepal remarked that the current constitution has been made most inclusive and has guaranteed the end of political transition in Nepal which has commenced more avenues for the economic revolution. Citing Nepal’s faiths in ‘One China Policy’ and ‘One Country two System’ Honorable Minister invited People from China, Hong Kong SAR and Macao SAR for the investment specially in trade, infrastructure, hydropower and tourism.

The Guest of Honor, Honorable Matthew Cheung Kin-chung in his remarks appreciated Nepal’s fast economic growth in recent years. He reminded the Gurkhas History of Nepalese in Hong Kong and expressed his happiness for the participation of Nepalese in various cultural Activities in Hong Kong. He made good wishes for the further economic enhancement and development of Nepal and further cultural and education ties between Nepal and Hong Kong.

Consulate General of Nepal took that opportunity to promote Nepal by screening the videos related to tourism in Nepal and by showcasing number of cultural performances.On the auspicious occasion, the message from the Consul General was also made published on the same day in ‘The Standard’ – Hong Kong’s biggest circulation English daily too. The national day event was supported by Non- Resident Nepali Association, Hong Kong, Nepal Chamber of Commerce Hong Kong, The Hong Kong Nepalese Business Association Limited and Computech Asia Ltd. 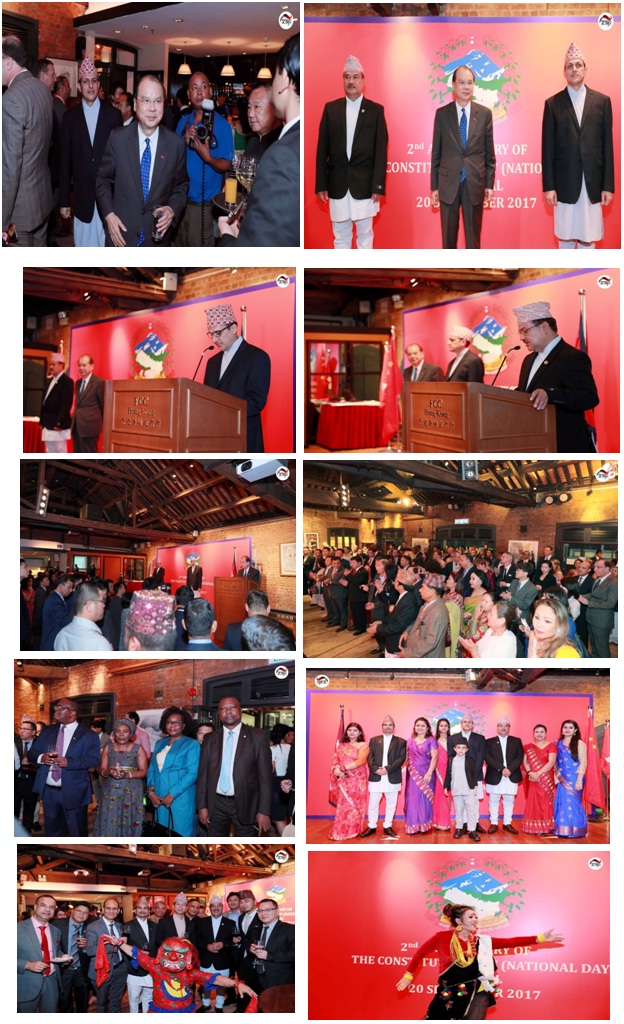