The Deputy Prime Minister and Minister for Home Affairs, Hon Bimalendra Nidhi addressed this evening the inaugural session of the Counter Terrorism Conference – 2017 that started in New Delhi today. The three day Conference is being organized by India Foundation, a New Delhi based think tank, as its annual flagship programme.

In his remarks, Hon Deputy Prime Minister stated that terrorism in all its forms and manifestations is a serious global threat to humanity and underlined the need to demonstrate firm commitment at the highest level to stop terrorist acts and bring perpetrators to justice.

Terrorist activities are against fundamental values of liberty, humanity, freedom and universal brotherhood, he said, terrorism not only causes loss of precious lives of innocent people but also disrupts society’s progress and country’s development.

The Deputy Prime Minister further stated that as the number of terrorist outfits and their sophistication and technology grows, threats of terrorist attacks on any given day become all the more possible. The activities of larger network of terrorist organizations at global scale and their reported expansion in the Asia Pacific region provides us the reason to be extra vigilant to counter the threats, he said.

Recalling that in 2004 twelve Nepali people seeking employment in Iraq were captured and brutally killed by terrorists and in 2016, thirteen Nepalis were killed when a suicide bomber struck a minibus carrying Nepali security guards in Kabul, Hon Deputy Prime Minister stated that such heartbreaking acts of terrorism have victimized thousands of innocent peoples, in one way or the other, within and across the national boundaries.

Hon Nidhi stressed that the transnational nature of terrorism should be recognized and countered with national, regional, and global perspective and capabilities. He also stressed on the need of formulating counter-terrorism strategies by detecting the occurrence of radicalization, possible recruitment for Foreign Terrorist Fighters (FTF), exploitation of internet and various social media platforms by terrorist organizations, misuse of borders, terrorist financing, and forged identity documents.

The Deputy Prime Minister shared with the audience comprising political leaders, policy makers, security experts, analysts and media personalities from various countries the measures Nepal has undertaken to meet the security demands including enhancement of security infrastructure and training to security personnel. 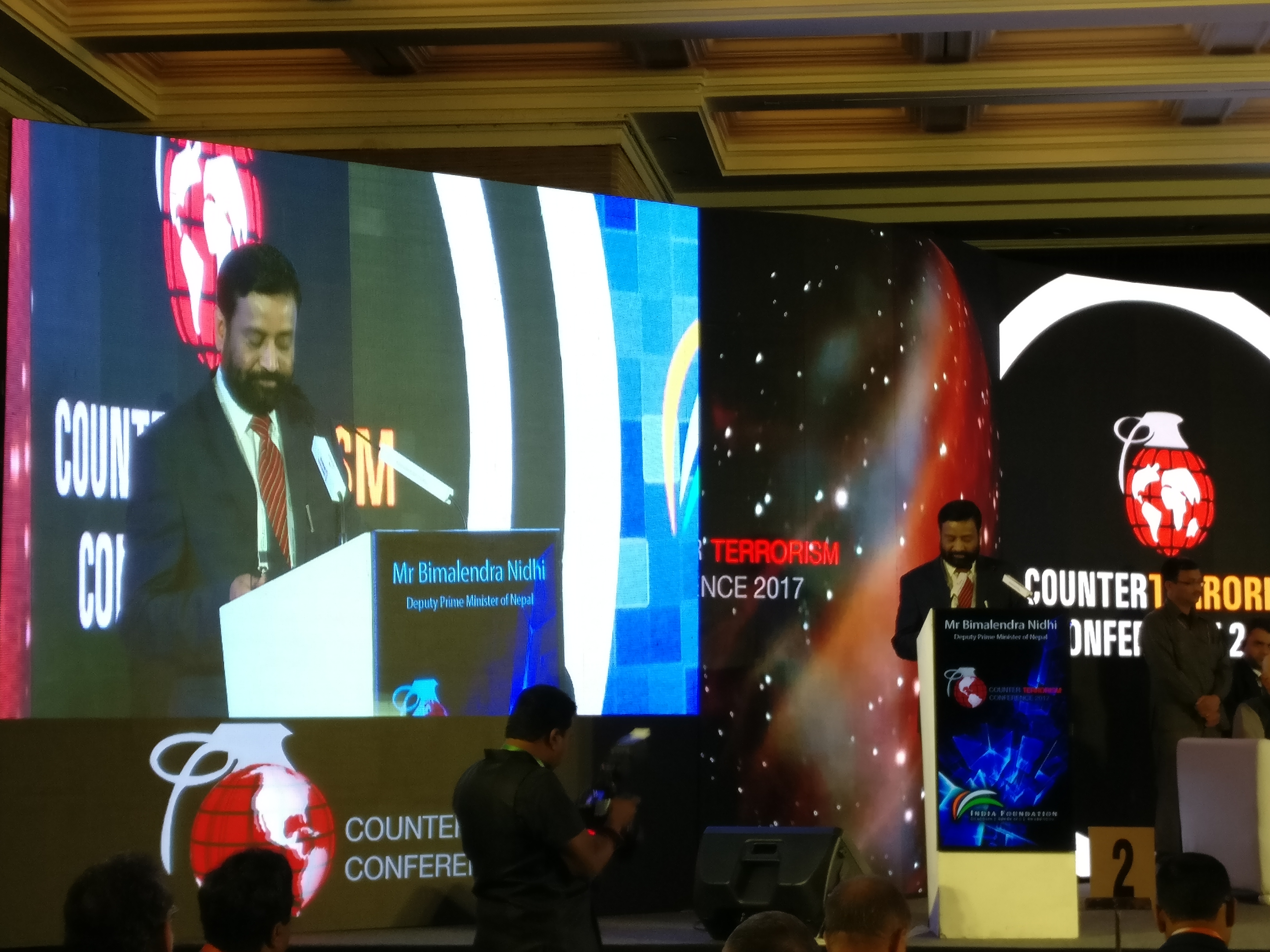