During the meeting, the two sides reviewed the bilateral relations and exchanged views on strengthening and consolidating these relations for the mutual benefit of both the countries.

Mentioning that Nepal and Israel enjoyed excellent bilateral relations ever since from the establishment of diplomatic relations between the two countries, the Hon’ble Deputy Prime Minister and Minister for Foreign Affairs appreciated the Government of Israel for its support to Nepal’s economic development over the years. He also recalled spontaneous and generous support from the people and the Government of Israel for the search, rescue, and rehabilitation of the victims in the aftermath of the devastating earthquake last year.

The Hon’ble Deputy Prime Minister and Minister for Foreign Affairs stated that, with the promulgation of a fully democratic and inclusive constitution, Nepal has entered into the phase of peace, stability and economic prosperity. As the country was engaged in vital task of reconstruction and economic development, Nepal needed more support more financial and infrastructural support from Israel, especially in areas of agriculture, education, research and training and reconstructions projects, he said. He also requested the Israeli Prime Minister to take more workers from Nepal.

In response, His Excellency Prime Minister Mr Netanyahu, fully agreeing that Nepal and Israel enjoyed excellent relations, said that Nepal was in the minds of Israeli people. He expressed the willingness and readiness of the Israeli Government to extend more support to Nepal in areas it needed. Upon the request of the Nepalese Deputy Prime Minister and Minister for Foreign Affairs, H E the Prime Minister Mr Netanyahu instructed the officials concerned to recommend concrete measures to extend bilateral cooperation in areas of reconstruction and development.

Before the official talks, the two Foreign Secretaries signed a MOU on the Establishment of Bilateral Consultations between the two Foreign Ministries in the presence of H E Mr Netanyahu and Hon’ble Mr Thapa. The MOU provides a mechanism at the level of high-ranking officials of the two foreign ministries in order to discuss and exchange views on all aspects of bilateral relations and international issues of common concerns.

Later this afternoon, a luncheon was hosted by His Excellency Mr Uri Yehuda Ariel, Minister of Agriculture of Israel in honour of the Hon’ble Deputy Prime Minister and Minister for Foreign Affairs Mr Thapa, during which they exchanged views on Nepal-Israel relations and economic cooperation, including the possibility of increasing Israeli support in agricultural sector. Earlier this morning, the Hon’ble Deputy Prime Minister visited Yad Vashem Holocaust Museum. 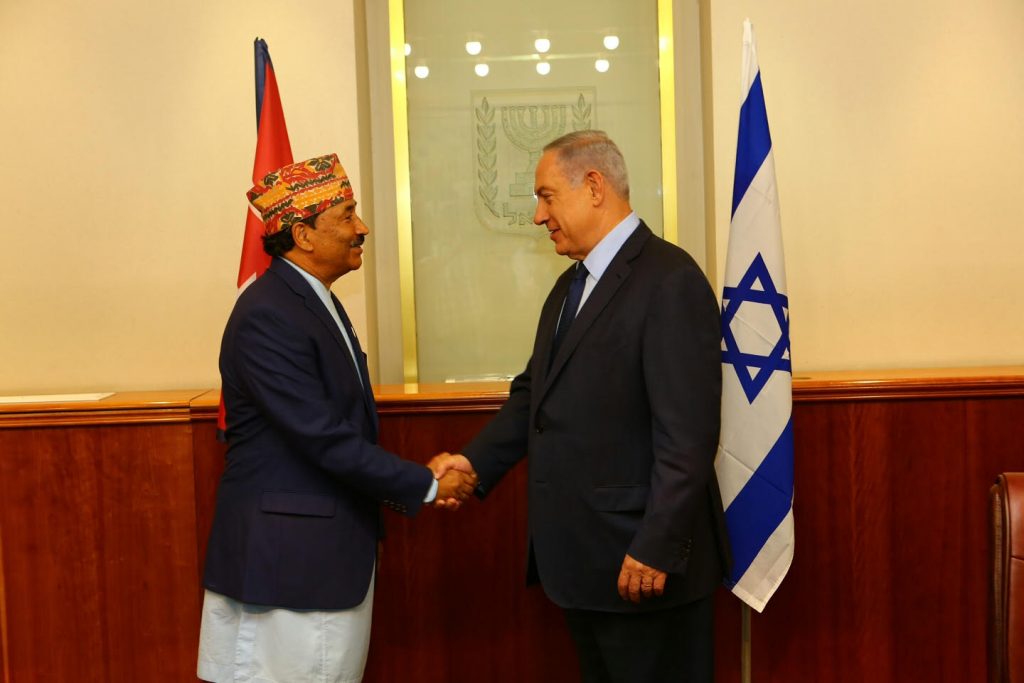 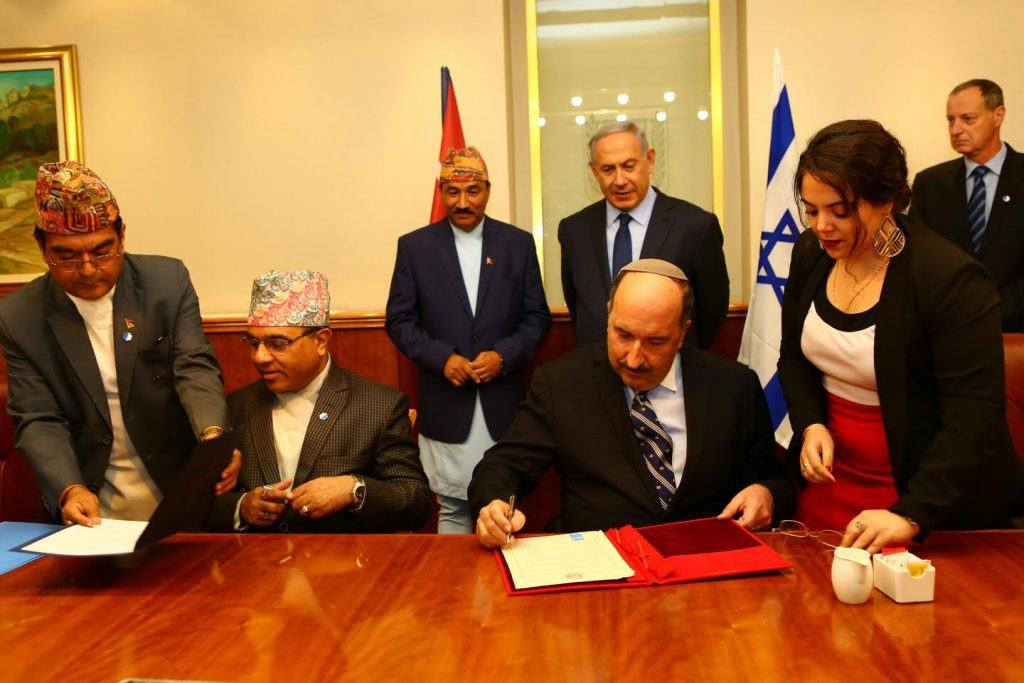