The two leaders noted the progress made recently in the implementation of bilateral development cooperation projects and agreed on the need of further expediting such projects including the ones related to post earthquake reconstruction.

The Foreign Minister of Nepal thanked the Government of India for the logistics support being provided in the forthcoming local election. Noting the importance of elections in strengthening democracy, the External Affairs Minister of India stated that, being the largest democracy in the world, India would be happy to see the important democratic exercise taking place in the neighbourhood.

Hon Minister for Foreign Affairs arrived in New Delhi today to participate a symposium organized for the Delhi-based non-resident ambassadors accredited to Nepal on the theme of enhancing economic cooperation. The symposium will be jointly inaugurated by Hon Dr Mahat and the Minister of State of External Affairs of India, H. E. Gen VK Singh later today.

Hon Foreign Minister is scheduled to return to Kathmandu tomorrow. 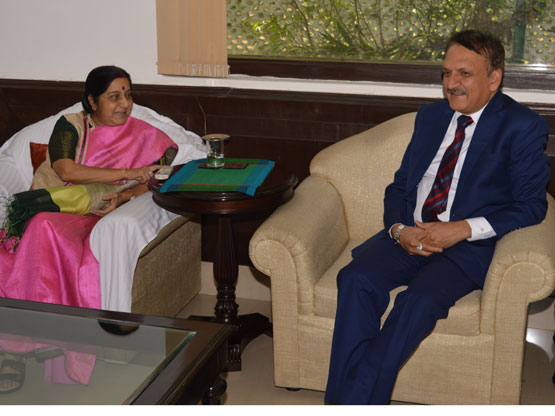