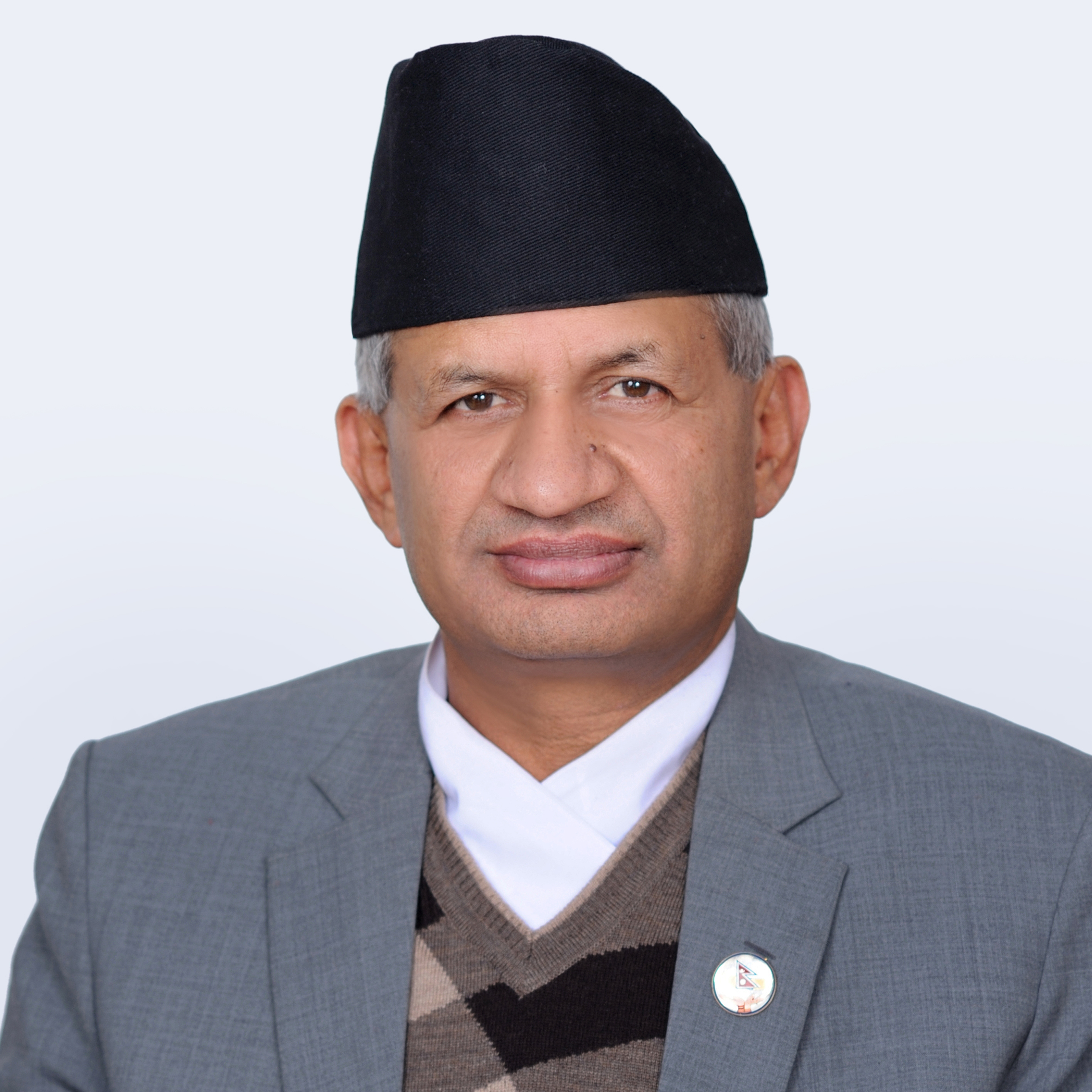 Born on 13 September 1962 in Gulmi, Mr. Gyawali was elected, in the elections held in 2017, as a member of the House of Representatives from his home district. Prior to this, he was elected as a member of the Constituent Assembly in 2008 as well as a member of House of Representatives in 1999. He was a member of State Affairs Committee of the Parliament from 1999 to 2012 and a member of Parliamentary Proceedings Advisory Committee during his tenure as the member of Constituent Assembly from 2008 to 2012. As an MP, he led different parliamentary investigations on corruption cases.
Mr. Gyawali also served as Minister for Culture, Tourism and Civil Aviation from May 2006 to April 2007. He was one of the key members of the government team that negotiated with the then Maoist rebels. His role is highly appreciated in Nepali peace process.

His political career started in 1970s through his affiliation with Nepali Left Movement and subsequent involvement in student politics in 1973. Associated with Communist Coordination Committee in 1977, he got the Communist Party membership in 1978.
During his involvement in the underground party work in 1979-90, he worked as Gulmi District Committee member of the Party from 1979 to 1989. He served the Party as District Secretary during 1989-93 at Arghakhanchi district before assuming the responsibility of the Zonal Secretary from 1994 to 1995.
He had been in the Central Committee of the Communist Party of Nepal (United Marxist Leninist) since 1997 when he was elected as a member of the Committee.
Now, he is the member of the Standing Committee of the Nepal Communist Party (NCP).

Mr. Gyawali has a number of literary works ranging from poetry, fiction, essays as well as critiques on political and philosophical commentaries to his credit. They include a novel Sahayatri (1990), a collection of short stories Kuhiro (2003) and poetic works such as Chita Jalirahechha (1994), Aastha o Mery Priya (2002) and Bina Salik Ka Nayakharu (2016). Similarly, essays and critiques include Marxvadko Srijanatmak Prayog [Creative Use of Marxism (2000)] , Prachandpath (2002), Phoenix Panchi ( 2003), Yuba (2005), Rastriyata, Pahichan ra Samajik Rupantaran [Nationality, Identity and Social Transformation (2013)], and Samskritik Rupantaran: Ek Vimarsha [Cultural Transformation: An Analysis(2015)]. He worked as editor-in-chief of magazines such as ‘Nawayug’ (monthly) and ‘Ekkasaun Satabdi’ (weekly). He also contributes articles to the national dailies as a columnist.

He is married to Ms. Saraswati Aryal Gyawali, and they have three children.