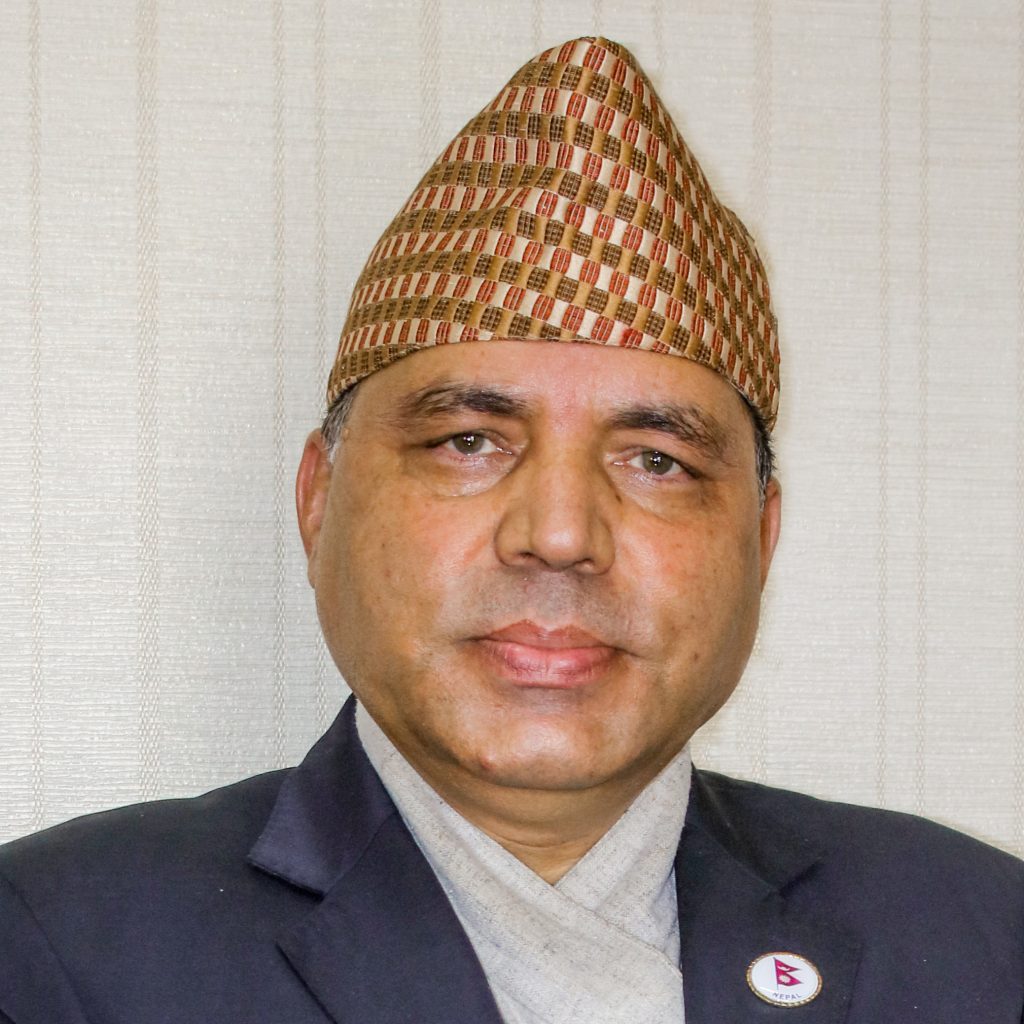 Mr. Bharat Raj Paudyal assumed the office of Foreign Secretary from 09 October 2020. Before that he was Joint Secretary dealing with the multilateral affairs of Nepal in his capacity as the Head of United Nations, International Organizations and International Law Division since 2016. In between he also concurrently headed the Policy Planning, Development Diplomacy and NRN Division and Administration Division of the Ministry. He was the Official Spokesperson of the Ministry since May 2016.

From May 2012 till May 2016 Mr. Paudyal was Nepal’s Ambassador to Pakistan with concurrent accreditation as Nepal’s non-residential ambassador to Afghanistan, Iran, Iraq and Turkey. Prior to that, he was the head of South Asia and SAARC Division during 2011-2012. Mr. Paudyal as the Director General of the Department of Passports provided leadership at the most critical time of Nepal’s transition from manual to machine-readable passports during 2010-2011 and to establish that organization among the very few public institutions to have the ISO 9001 certification. He was Nepal’s Deputy Permanent Representative to the United Nations and Other International Organizations in Geneva between 2006 and 2010. In addition to the Deputy Chief of Protocol, as Under Secretary, he served for the North East Asia, Europe Americas and South Asia Divisions at the Foreign Ministry between 2002 and 2006. Mr. Paudyal joined Nepal’s civil service in 1987 and advanced his career in different capacities.

Mr. Paudyal has been part of several dozens of Nepali delegations to multilateral, regional and bilateral negotiations, meetings and conferences, and has represented Nepal in various international forums.

He is married with Totra Acharya and they have two children Pallavi and Asutosh.