The Rt. Hon. Sher Bahadur Deuba, Prime Minister and the leader of Nepali delegation to the 72nd session of the United Nations General Assembly (UNGA), held separate bilateral meetings with the Heads of State/Government of Afghanistan, Bangladesh, Pakistan and Sri Lanka on the sidelines of UNGA in New York today. Matters of common bilateral and international interests figured during those occasions.

In the meeting with H. E. Ashraf Ghani, the President of Afghanistan, the two leaders discussed ways to further strengthening bilateral ties. Similarly, the bilateral meeting between the Prime Minister Rt. Hon Deuba and H. E. Sheikh Hasina Wazed, the Prime Minister of Bangladesh laid emphasis on enhancing transport connectivity, and utilizing the BBIN framework in this regard. The two sides also talked about enhancing energy cooperation and joint-investment in Nepal’s hydropower.

In the meeting with H. E. Shahid Khaqan Abbasi, the Prime Minister of Pakistan, the two sides exchanged views on different aspects of bilateral relations. The Prime Minister of Pakistan said that Pakistan wants to hold the SAARC summit as soon as Member States are ready. Likewise, in the meeting between the Prime Minister and His Excellency Maithripala Sirisena, the President of Sri Lanka, historic and religious linkages between two countries were highlighted.  Recalling that this year marks the 60th anniversary of bilateral relations, both leaders talked about further strengthening trade, tourism and economic cooperation. The Prime Minister recalled the invitation made by the Right Hon. President of Nepal on her visit to Sri Lanka. In response, the President reaffirmed his willingness to visit Nepal at a convenient date, which will be finalized later through appropriate diplomatic channels.

During those meetings, Nepal, as Chair of SAARC, emphasized on the need for further deepening regional cooperation and connectivity and in this regard called for hosting the SAARC Summit at earliest convenient date. Similarly, he shared Nepal’s recent political developments including the successful conclusion of elections to the local bodies.

In the afternoon today, Right Hon. Prime Minister addressed the World Leaders Forum of Columbia University. Highlighting Nepal’s journey to inclusive democracy and development, he shared views on Nepal’s recent socio-economic and political development at the Forum. In the Q&A session, the Prime Minister interacted with scholars, academicians and friends of Nepal.

Also on the sidelines, the Informal Meeting of the SAARC Council of Ministers was held in New York today. The Hon. Krishna Bahadur Mahara, Deputy Prime Minister and Minister for Foreign Affairs (DPMFM), presided over the Meeting. The Meeting reviewed progress achieved on the implementation of the decisions of the SAARC Council of Ministers. The ministers expressed their commitment to further strengthening regional cooperation under SAARC. On the occasion, the Foreign Minister of Pakistan updated on the ongoing preparations for convening the 19th SAARC Summit to be held in Pakistan.

In the morning today, the DPMFM attended the 8th Ministerial Breakfast Meeting of Group of Friends of Mediation hosted by Finland and Turkey. Speaking at the event, he stressed that mediation should promote the empowerment of parties, enabling them to make well-considered decisions to resolve conflicts.

Likewise, Hon. Asha Khanal Koirala, Minister for Women, Children and Social Welfare represented Nepal at the Ministerial meeting of Asia Cooperation Dialogue (ACD) held in New York today. Speaking in the meeting, she highlighted the need for enhanced cooperation in Asia to unleash the full potential of the largest continent for the Asian countries and for the world at large. 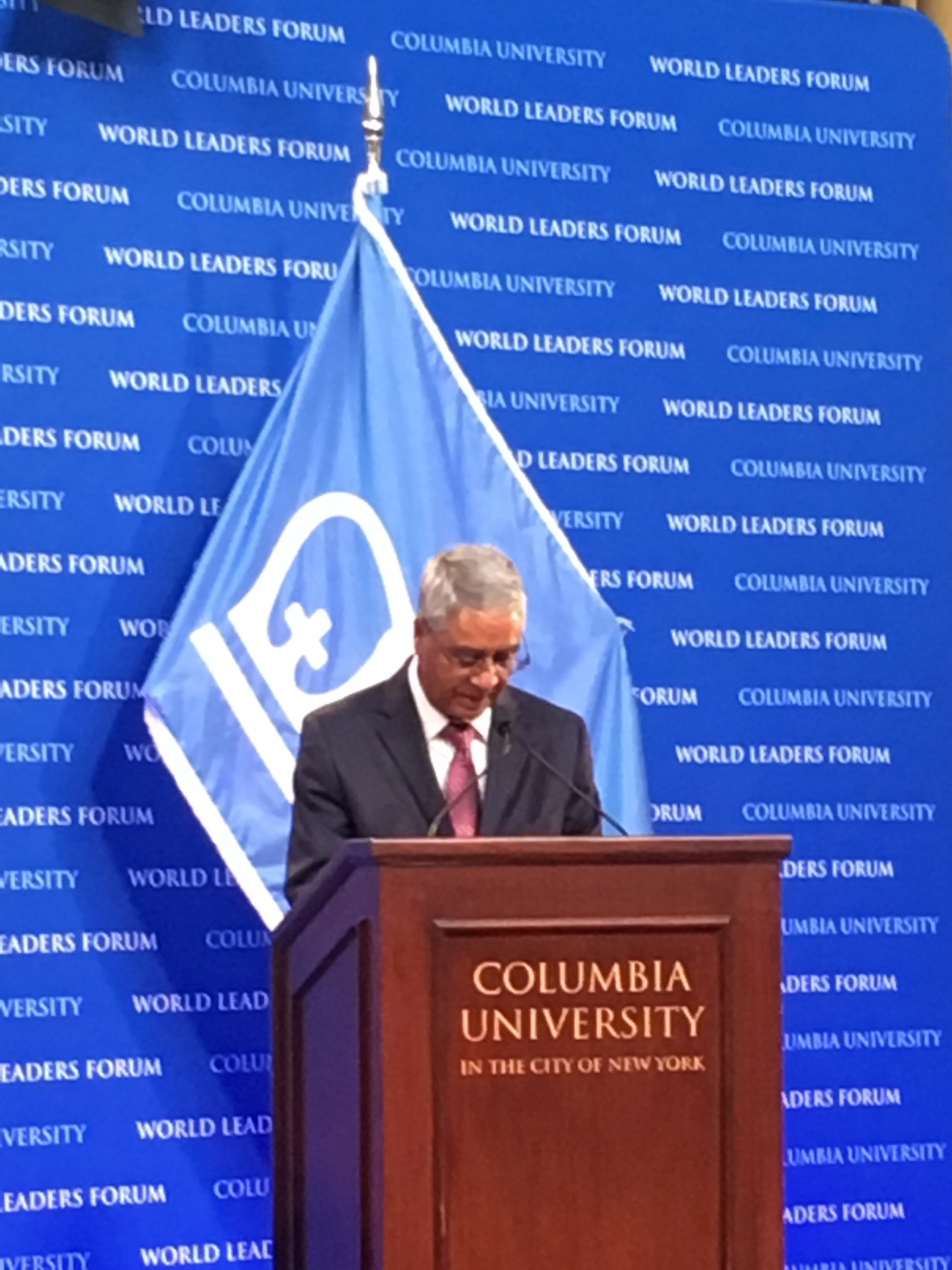